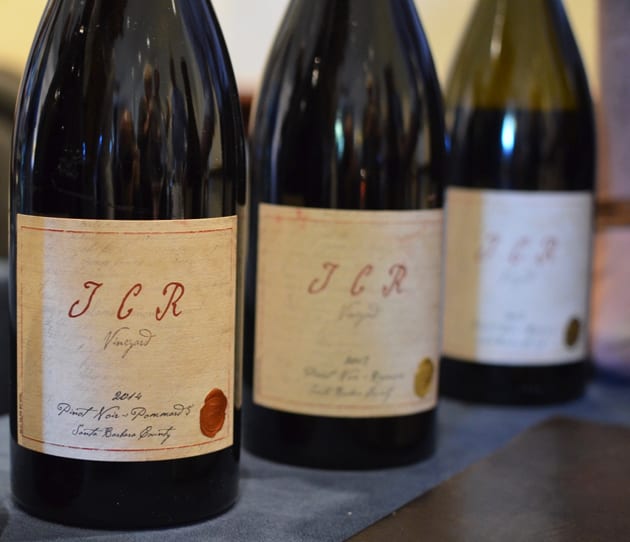 It does not take much to convince me to make a trip to Santa Barbara or sip Pinot Noir. When I received an invitation to the Santa Barbara Vintners Pinot Noir tasting at the Bacara Resort & Spa, it offered a nice opportunity for my husband and I to get away from Los Angeles, enjoy a ride along Southern California’s wonderful coastline and savor the wine from one of our favorite regions.

The wine tasting allowed me to discover some new wineries as well as sample some new releases from old friends. Here are some of my favorites from this wine tasting. 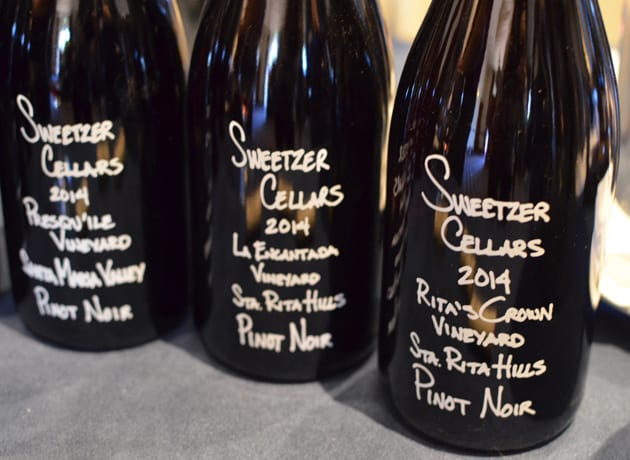 Relatively new winery to the scene is Sweetzer Cellars. Michael Fogelman and Lisa Liberati started making wine in an apartment on Sweetzer Avenue in West Hollywood. They were literally making wine utilizing their entire apartment as their cellar. Hence paying tribute to their beginnings, Sweetzer Cellars became their winery name. Their first vintage release was produced in 2013.

JCR Vineyard is another winery new to me. The winery and vineyard are located in the Jalama Cañon Ranch. The property is part of the 1800s land grant given to Jose Antonio De La Guerra. The 1,000-acre property and is now owned by Wayne Siemens and David Grotenhuis. The vineyard consists of 5.5 acres that were planted in 2008. JRC’s first vintage was in 2011. The JRC label brands in the background the script of the original grant deed to the property.

All three wines showcased were excellent. The 2014 Pinot Noir Estate ages 23 months in barrel of which 19% is new French oak. The wine exhibits red fruit that finishes with a nice spice.

The 2014 Pinot Noir Pommard 5 is fruity yet complex and bright. This wine also ages 23 months in 50% new French Oak.

Finally, the 2013 Pinot Noir Reserve is a bolder wine and I would say more masculine than the other two. This is due to the increased percentage of new oak. The wine ages 22 months in 100% new French oak and another 7 months in bottle. This is a wine I would like to revisit in about a year’s time to see how it develops. 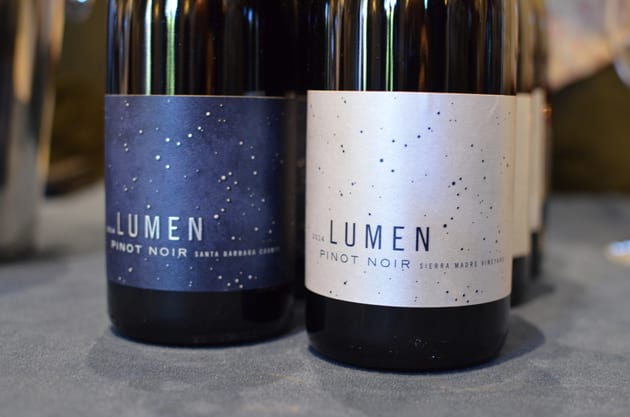 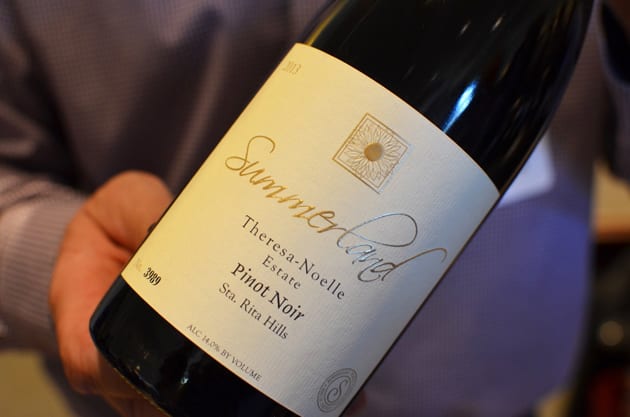 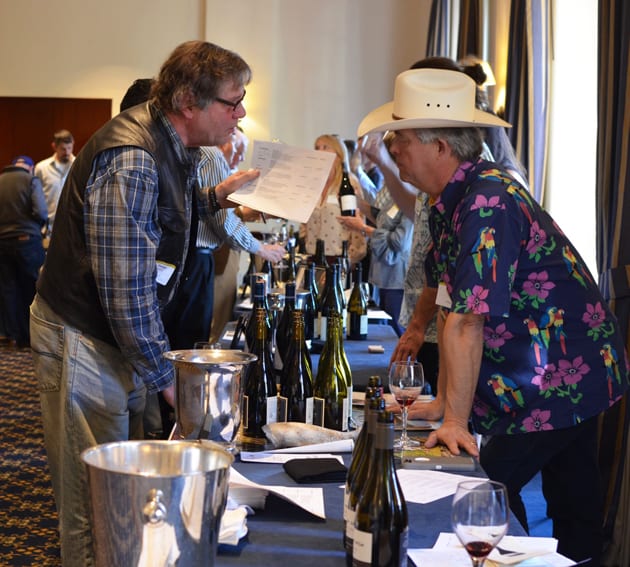 You can never miss Peter Work and Ampelos Cellars as he is always clad in his signature cowboy hat and Hawaiian shirt. Of the wines presented two Pinots stood out. One surprised me, the 2015 Ampelos Pinot Noir, JSV, Sta. Rita Hills because being such a young wine it was very approachable and drinkable. Peter says it is due to the low yields in 2015. The other was the 2012 Ampelos Pinot Noir Nu, Sta. Rita Hills. This was a bright and balanced single clone, 828, wine. 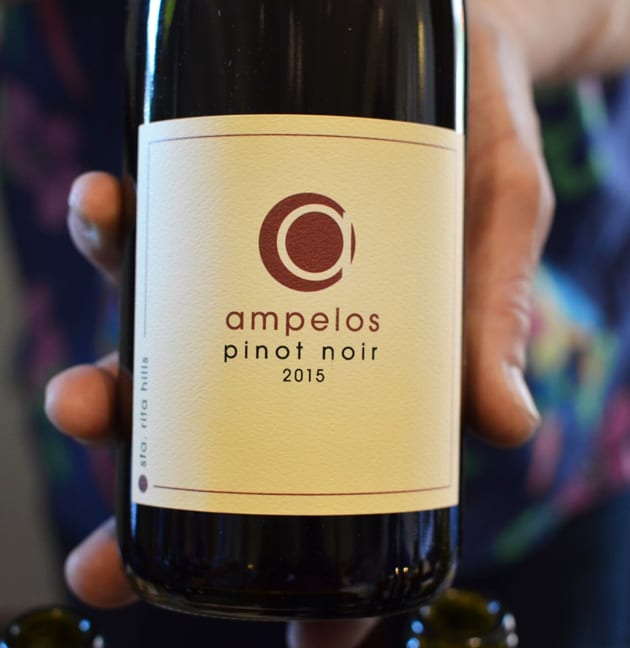 A favorite from Au Bon Climat was the 2013 Isabelle, California. This Pinot combines grapes from five AVAs, Russian River Valley, San Luis Obispo, Santa Maria, and Sta. Rita Hills. I call it a hodgepodge of vineyards but it definitely works to make this wine very flavorful. 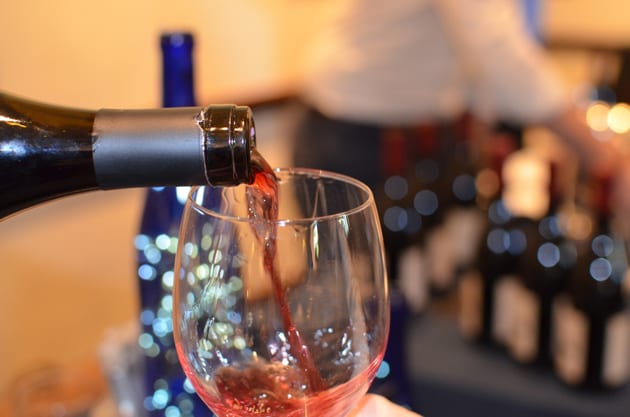 There were many other excellent wines at this tasting but these are the ones on this day, in my opinion, best represented Santa Barbara County.