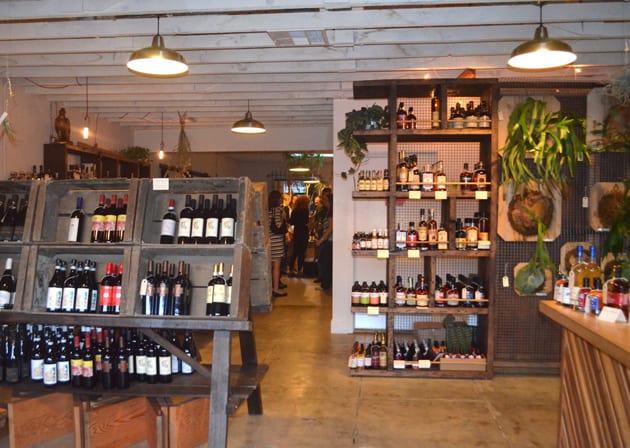 The Garagiste Festival Urban Exposure is quickly approaching in Los Angeles at Union Station on July 12, 2014. As a preview, A Taste of Garagiste showcased three wineries participating in the Urban Exposure wine tasting at the Bar & Garden in Culver City. The wineries, which all produce small lot handcrafted wines, were Ascension Cellars, Two Shepherds, and Levo.

The Bar & Garden was the perfect venue for this intimate tasting because they specialize in wines and spirits from boutique wineries and distilleries that are herbicide and pest free and do not use artificial color, preservatives, or flavors. In essence, the wines utilize green practices. As it turns out, the wineries at this Garagiste tasting all fall into requirements of inclusion at the Bar & Garden.

I have tasted some of Ascension Cellars wines at several Garagiste tastings, but this time I delved into the entire portfolio. The winery is the union of two friends who shared a love of wine. Owner Erik Allen owns a design and remodeling business where he designs to fit your lifestyle. You might say the wines he and partner Brian Sauls create are those that can grace any wine connoisseurs lifestyle. Many of Ascension wines have a light-handed approach.

I started with the 2012 Cumulus, a blend of Marsanne, Viognier and Roussanne. This wine exudes the flavors of tropical fruit, peaches, and kiwi. The 2011 Dalliance, a GSM with a smidgeon of Viognier and primarily Grenache was my favorite. Except for its light red color, the wine had a Rosé quality to it. The wine is bright with flavors of cherries and blood oranges. The 2011 Mayhem Syrah is a blend of primarily Syrah with some Petit Sirah and Grenache mixed in. What I found interesting is that the wine is aged twenty-four months in American Appalachian oak, making the wine very rich and luscious.

We must not forget Ascension’s 2012 Rapture Primitivo Dessert Wine. This luscious dessert wine is a blend of mostly Primitivo with a small amount of Cabernet Sauvignon. This wine is a great way to end a delightful meal. 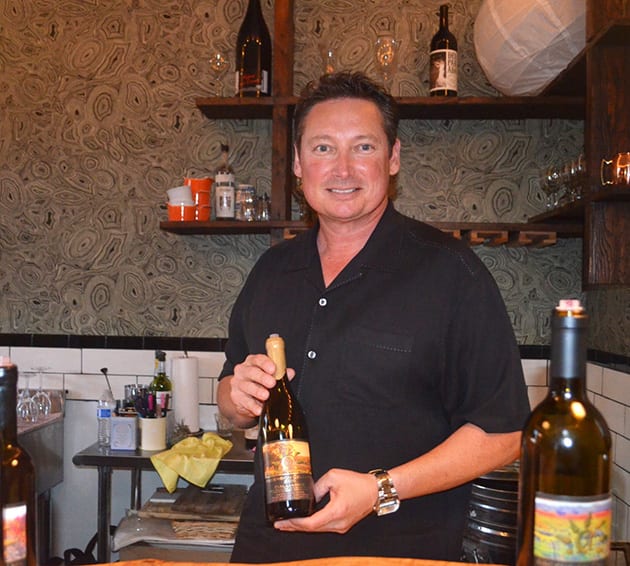 Two Shepherds offered several wines, but there were two that are worth mentioning. The first is the 2012 Trousseau Gris, Fanucchi Vineyard, Russian River. The wine is created like a red one but looks like a Rosé with its light color. The other is the 2012 Grenache Noir, Saralee’s Vineyard, Russian River. Growing Grenache in a cool climate is unusual. This Grenache has an almost Pinot Noir quality to the wine.

The story of winemaker, Bret Urness of Levo Wine, intrigued me. Bret is from Idaho, and he started at a winery as a janitor. It was the process of winemaking that captured his fancy. His path in becoming a winemaker took a different course than most. Bret is self-taught. He learned much of his craft in the Douro Valley of Portugal.

The name Levo is Latin and means to raise and lift up. Besides its Latin terminology, Levo refers to Bret’s father, who is a pilot. It is the freedom you feel while flying or, in the case of Bret’s wines, the freedom of expression that has elevated his wines in many instances above others.

His methods one might consider more primitive, but his wines are just the opposite. For Bret, it is the grapes of Ballard Canyon, Los Alamos, and Santa Maria that bring his wines to fruition. At age 24 and still working part-time at a wine bar, Bret has created some wines that stand out as a real achievement.

The 2013 Carny is a light pale colored Rosé that is a blend of Grenache Rosé, Viognier, and Roussane. It is a fragrant wine. I sensed the aromas of honeysuckle that is so prominent in Viognier, yet the flavors of peaches were very dominant. White Lightning is a blend of Roussanne and Viognier. This wine has a thick oily textured, and as Bret describes it, “ A red wine drinker’s white wine.” My favorite was the 2012 Ransom, a blend of Grenache and Syrah. The medium-bodied wine had smoky aromas and flavors of very sweet cherries. 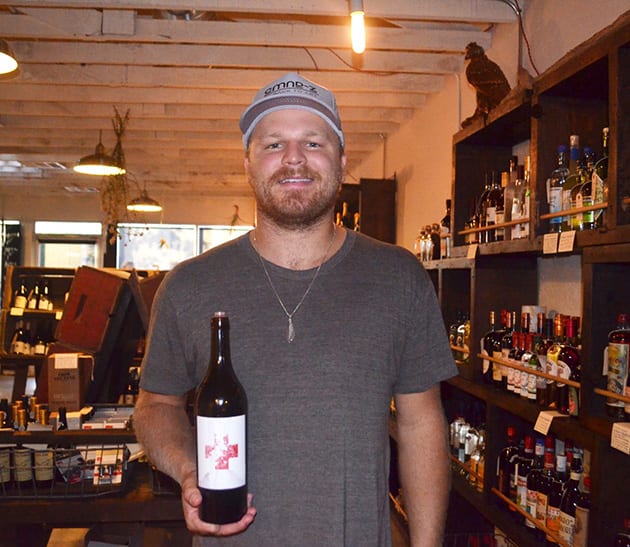 These three wineries are mere examples of the quality of wines and wineries you will discover at any Garagiste Festival, especially the upcoming Urban Exposure in Los Angeles this week.