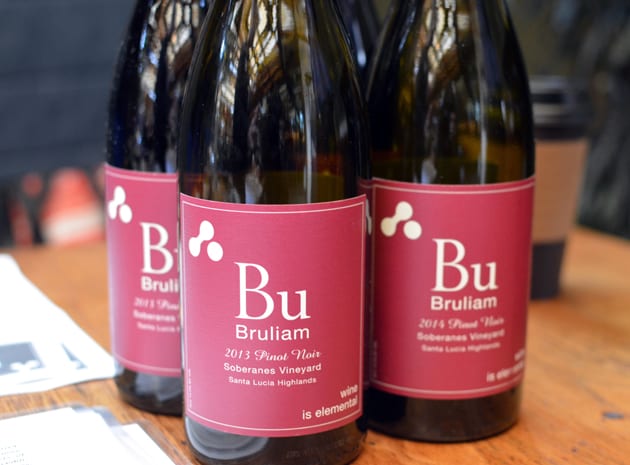 The Santa Lucia Highlands, also known, as SLH is an AVA primarily recognized for Pinot Noir and Chardonnay. Recently the Santa Lucia Highlands Wine Artisans were in Los Angeles sharing many of the area wineries latest releases to the trade. This article will feature some of my favorites discovered at this event.

One must first understand the geography and layout of this region to understand better why particular varietals do better in this area. The Santa Lucia Highlands is surrounded by what is known as the Blue Grand Canyon. The canyon expands the depths of the Pacific Ocean into the Monterey Bay. Its proximity to the coastline influences everything in Monterey County. This gorge facilitates and brings in the climatic weather that you see along the coast; marine fog and wind to the grape-growing regions.  Essentially the Monterey Bay acts as an air conditioning unit for the vineyards.

The Santa Lucia Highlands is 18 miles long and 2 – 2.5 miles wide. The appellation established in 1991,  is known for its cool climate winegrowing. In addition to Chardonnay and Pinot Noir, Syrah and Riesling are also grown. The terraced vineyards are planted on the slopes of the Santa Lucia Range, which overlooks the Salinas Valley. The terroir consists of ancient alluvial soils.

Directly across from the Santa Lucia Highlands is the Gabilian Range. This mountain range is important because the morning fog, cool breezes and afternoon maritime winds coming in from Monterey Bay are funneled through the valley between these ranges. This phenomenon creates an ideal diurnal climate for growing grapes.

The Wineries and Their Wines: 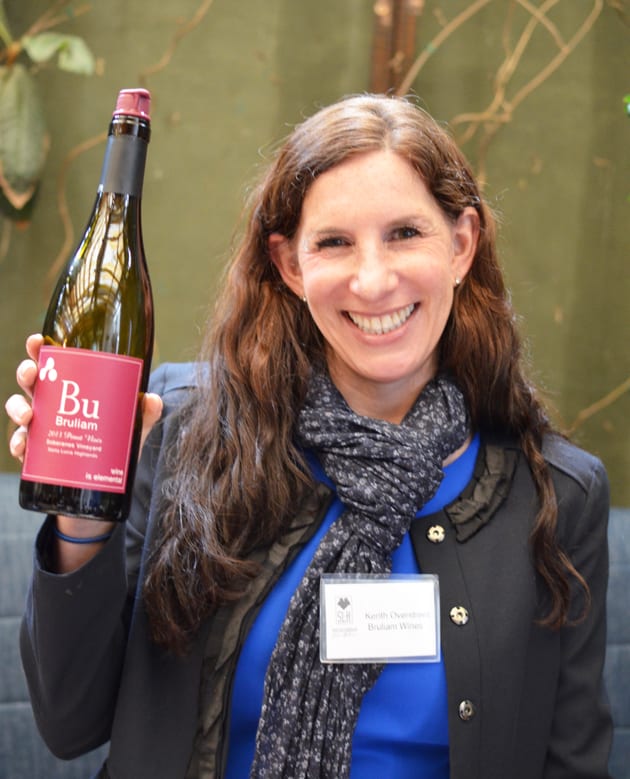 The most impressive winery at this tasting was Bruliam. Sampling both the 2013 and 2014 Pinot Noir, Soberanes Vineyard you immediately know that Kerith Overstreet is going to be one of the new and upcoming women winemakers. The winery was established in 2008. Kerith path to wine came through in a more clinical way or perhaps a more scientific manner. Her career started as a surgical pathologist but as Kerith puts it her love of yeast took over. While heading back to US Davis to get her enology degree, Kerith also started Bruliam. Kerith’s first vintage started with 25 cases, and now she produces 1000 cases.

The name Bruliam is Kerith’s play on the Periodic Table of Elements. The three elements that make up the name are her three children Bruno, Lily, and Amelia. The “Bru” is for Bruno; the “Li” is for Lily and “Am” for Amelia. Instead of using an atomic weight for her logo, Kerith uses a dot for Bruno and a double dot for her twin girls, thereby making this winery a family affair.

Getting back to the Pinot Noir, I was quite impressed with the stellar quality of the wine. The wine displays a femininity that shows through in the smooth silkiness of the wine. Both Pinots were well integrated and balanced. 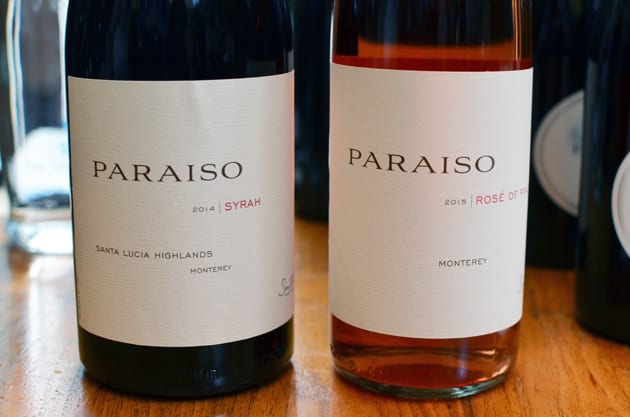 Having visited the Paraiso Vineyards several years ago, I wanted to revisit their wines. Probably the best Rosé at this event was Paraiso 2015 Rosé of Pinot Noir, Monterey. This wine was a bright yet clean Rosé that was enhanced by its sweet freshness. Also the 2014 Syrah, Santa Lucia Highlands was very elegant and well balanced. 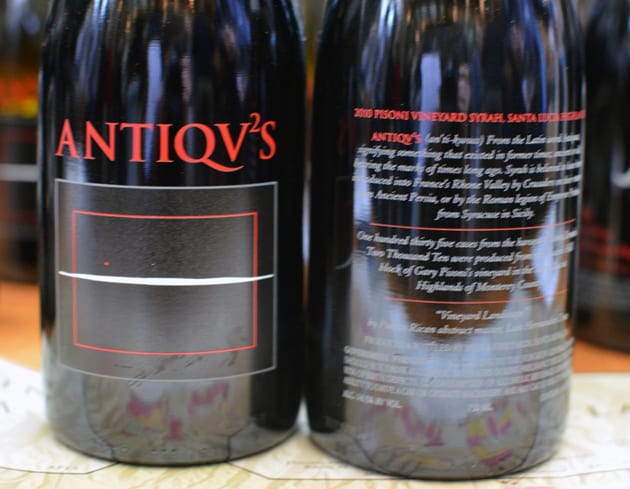 Miura Vineyards showcased two wines that are worth mention. First the 2015 Pinot Noir, Santa Lucia Highlands is drinkable wine.   It was the 2010 Syrah, Antiqv2sm Pisoni Vineyard that struck a cord because it was meaty in texture yet very balanced.

Pessagno Winery 2013 Riesling, La Estancia at $13 was a real surprise. Not only was this wine balanced but also it really showcased the fruit. 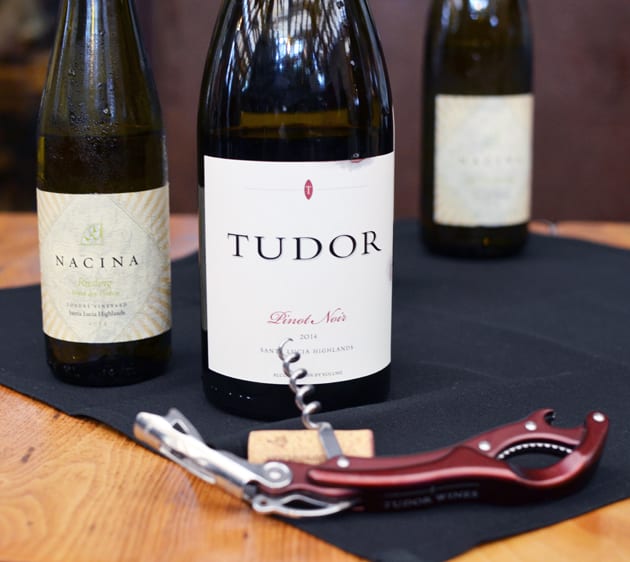 As always I am very impressed with the wines that come from Tudor Wines. All of Dan Tudor’s wines are balanced. Tudor is known for producing Rieslings and Pinot Noir. The 2014 Riesling, Nacina, Tondre Grapefield is off-dry nice spice and fruit. The 2014 Pinot Noir, Santa Lucia Highlands is smooth and very drinkable with flavors of strawberry. The piece de resistance is Dan’s Ice Wine. The 2014 Riesling, Nacina Ice Wine, Tondre Grapefield is probably one of the best Ice wines produced in California. This is a fruity sweet wine that was the perfect way to end my wine-tasting visit Santa Lucia Highlands.