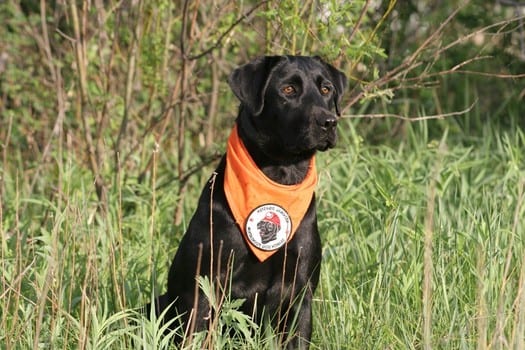 This article about search and rescue dog Pearl, a black Labrador Retriever, and her handler Ron Horetski of the Search Dog Foundation was one of three finalists to compete for a Maxwell Medallion Award in the 2011 Writing Competition sponsored by the Dog Writers Association of America. Cori received a Certificate of Nomination for excellence in the category of Internet Features.

ASPCA Dog of the Year

Pearl was named ASPCA Dog of the Year in 2010, which inspired me to write this nominated article about Pearl.

Pearl does it again.  From shelter dog to search and rescue dog, to heroine of the book, “A New Job for Pearl,” and now the ultimate award ASPCA Dog of the Year. The latter was announced this month.

Captain Ron Horetski of the Los Angeles County Fire Department (Pearl’s handler) and Pearl will go to New York on November 10th to be honored for Pearl’s heroic deeds in saving earthquake victims in Haiti. As this year’s recipient of the ASPCA Dog of the Year, Pearl is one of seven outstanding animals and people to receive honors for 2010 from the ASPCA at their Annual Humane Awards Luncheon sponsored by The Hartville Group.

For Ron Horetski, the award is an honor, especially since this is the first search and rescue dog to receive this award.

To read more about search and rescue dog Pearl’s story