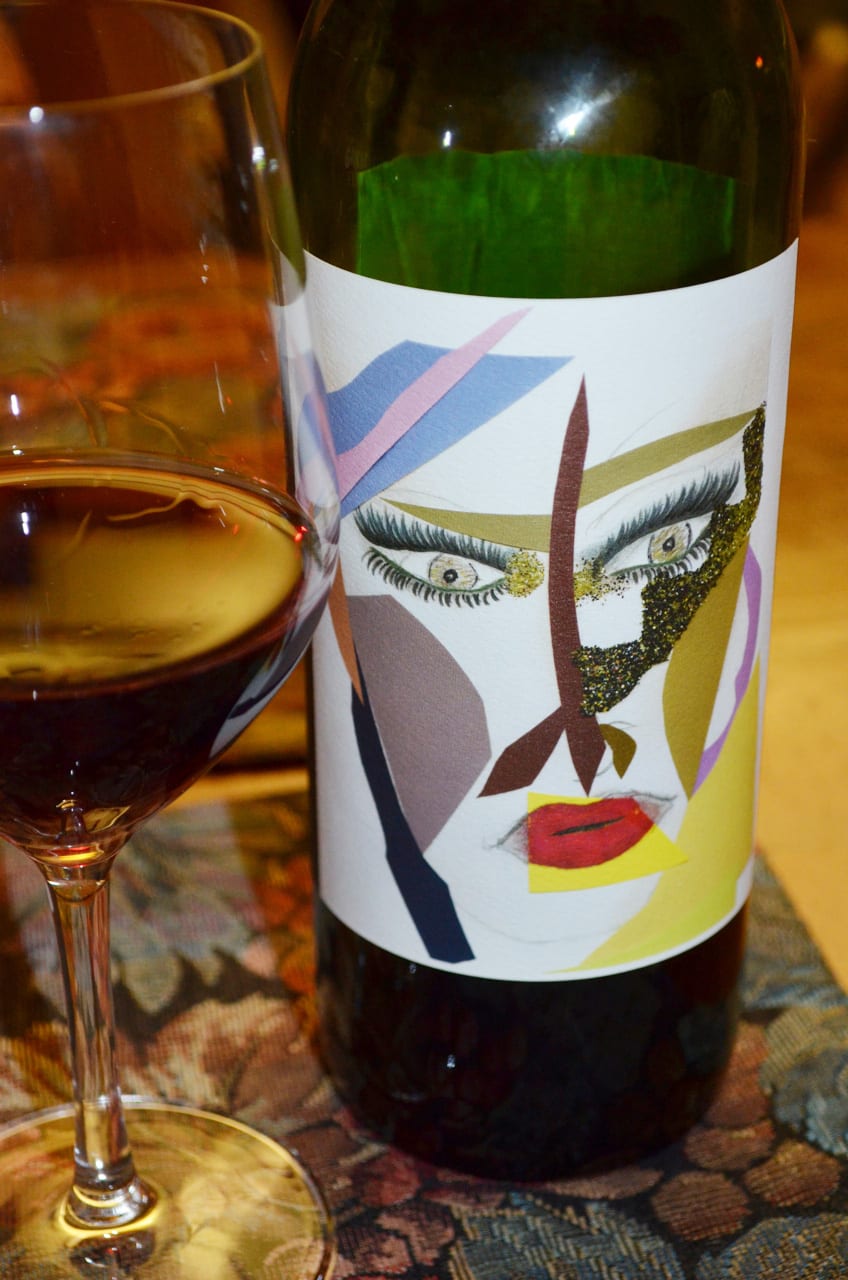 What is in a wine label like First Crush? A wine label can draw you in making an impression visually that could inspire you to purchase a bottle of wine. It can tell a story that the winery or winemaker wants to share. In most cases, it is a symbol that makes you recognized that winery every time you go to purchase that wine. For Bedell Cellars First Crush Red the bottle becomes a work of art that you can treasure and reveals owner Michael Lynne’s two passions, wine, and art.

Bedell Cellars, for years, has utilized the works of renowned contemporary artists. The winery’s labels have been adorned with the artwork of such artists as Chuck Close, Barbara Kruger, Eric Fischl, April Gornik, and Ross Bleckner.

For the 2013 vintage of First Crush Red artist, Mickalene Thomas was chosen. Mickalene decided on a collage from her 2014 series, Tête de Femme, which looks at the faces of women in an abstracted form.

Here the image speaks to women and captivates you into wondering if the wine within is created to cater to the feminine side in each of us. The art has a Picasso like quality, and the fact that it is a collage brings back the cubist movement of the early 20th century. At the same time, it reminds one of the imagery found in the mid-1950s during the pop art movement. Combining these different genres of art, it is perhaps telling the story of where women have come from the early 20th century to now.

Kip Bedell established Bedell Cellars on the North Fork of Long Island, New York, in 1980. He was a pioneer in making wine in this region. His Merlot garnered recognition, and in 1993 Wine Spectator named him “Mr Merlot.”

In 2000 the winery sold to Michael Lynne, a film executive, who has a deep love for wine, film, and art. Since art and wine are both creative endeavors, it was a perfect match to take Bedell Cellars into the 21st century. He did this by incorporating sustainable practices into the winery. The winery is certified sustainable by Long Island Sustainable Winegrowing. Creativity in winemaking becomes foremost with Bedell’s handcrafted wines. They showcase the Eastern style and terroir of North Fork and its influence from the Atlantic Ocean.

First Crush Red 2013 combines 60% Merlot and 40% Cabernet Franc in a blend of the first red grapes harvested in the 2013 season. The grapes come from young vines and ferment entirely in stainless steel tanks. The wine is reminiscent of a Chianti yet has a new world elegance enhanced by cherry flavors. I found a light-bodied, bright, and balanced wine with hints of leather, tobacco, and earth. There is a smoky finish.

It is an intriguing wine that, for those of us with a California palate, draws us in just like the artwork on the label. It brings new meaning to the wines of New York, inspiring anyone to discover what Bedell Cellars and the New York wine industry offers.

For more information and to Purchase First Crush Red: