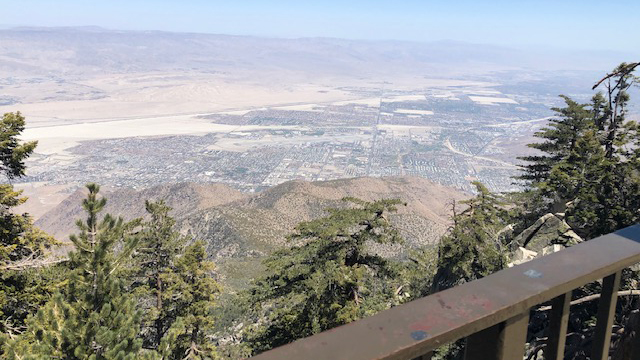 Palm Springs, the desert resort mecca for relaxation and fun, is also where the arts come alive through the fine arts and architecture. For the golfer, it is the golf capital of the world. The city is known as a retirement community for some and, during the winter, a snowbird destination. For others, it’s the ideal getaway from the hustle of city life, especially Los Angeles.

Between the Indian Culture and Hollywood’s influence beginning in the 1930s, Palm Springs has gone through several incarnations to become the city it is today. Besides being a resort city, it is the largest city land-wise in Riverside County and Colorado Desert’s Coachella Valley and part of the Sonora Desert, as it stretches 94 miles. It lies between the San Bernardino Mountains on the north, the Santa Rosa Mountains on the south and the San Jacinto Mountains to the west, and the Little San Bernardino Mountains to the east.

The Cahuilla Indians initially settled the area about 2000 years ago. In 1876, the United States Established the Aqua Caliente Reservation consisting of 31,128 acres in a checkerboard pattern across the valley. This patchwork quite acreage presents an interesting dilemma because you will find one-mile squares of Indian land patched across the city. Many of the properties we become familiar with exist on leased land from the Agua Caliente tribe.

From the 1930s, celebrities found it the perfect escape from the gossip. It was more fashionable to visit Palm Springs than Las Vegas initially. By the 50s and 60s, Hollywood stars would hire well-known architects to build their homes. The area developed a reputation for midcentury architecture from architects like Richard Neutra, Albert Frey, and John Lautner. Modernism is a way of life in Palm Springs.

Although Palm Springs has many activities and sights to see, many come just to lounge around the pool. With at least 300 days of sunshine, who would not want to spend the day around the pool and soak in the sun.

Enjoy the breathtaking views as you climb two and a half miles from the valley floor up to Mt. San Jacinto State Park in the world’s largest rotating tramcar. The Palm Springs Aerial Tramway, originally built in 1963, was just a dream to Francis Crocker’s in 1935 when he first visited the area but, through much legislation, was finally approved and passed by California Governor Earl Warren. However, it was a challenge building a tram into the cliffs of Chino Canyon. Getting people up and down the cliff required over 23,000 helicopter missions.

The original tramcars were very different than today. They were reminiscent of a small San Francisco trolley without paint or wheels. You can see the old-style cars as you enter the park. In 1998, an extensive modernization took place. Today, the circular rotating car gives everyone on board a glimpse at the spectacular view as you travel from the hot arid desert up to the pine aroma of the forest. Depending on the time of the year, you might throw a snowball or two.

The mountain station welcomes you with three restaurants, Pine’s Café, Peak’s Restaurant, and the Lookout Lounge.

Remember to bring a jacket. It can be cold up at the top of the tram.

2. Inspire Your Visual Senses at the Palm Springs Art Museum

Founded in 1938 as the Palm Springs Desert Museum and focused on the Colorado Desert with its natural environment and the culture of the Native Americans. In 1953, a donation of desert paintings by Carl Eytel began the transition to an art museum.

Today the museum, now listed in the National Register of Historic Places, houses an inspiring collection of primarily modern art in the modernistic architectural style building. The architectural appearance of the building’s façade blends into the base of Mt. San Jacinto as intended by architect E. Stewart Williams.

3. Get Into Mid-Century Architecture

Palm Springs is known for its mid-century architecture, so taking a tour gives you an insider’s view of what made the city what it is today. Many of the new homes are designed with mid-century modernism concepts. Palm Springs Mod Squad gives you a clear picture of the important influence this architectural style plays in the landscape of Palm Springs.

Architects like Albert Frey, William Krisel, and E. Stewart Williams shaped Palm Springs. In contrast, others Richard Neutra, A Quincy-Jones, Paul R. Williams, and John Lautner also had a presence on homes to celebrities like Bob Hope, Dinah Shore, the Annenberg’s, and many others.

The tour gives a glimpse of life in the 60s and 70s as it showcases the indoor/outdoor lifestyle, captures the desert landscape, and takes into consideration the climate through the use of the cantilever, clerestory window, brise soleil, a decorative type of screen at the front of homes creating privacy, and pattern brick/shadow block. These are just a few of the architectural concepts and devices used then and again now to imbue Palm Springs with its own identity.

This is an excerpt of an article I wrote for Rovology.