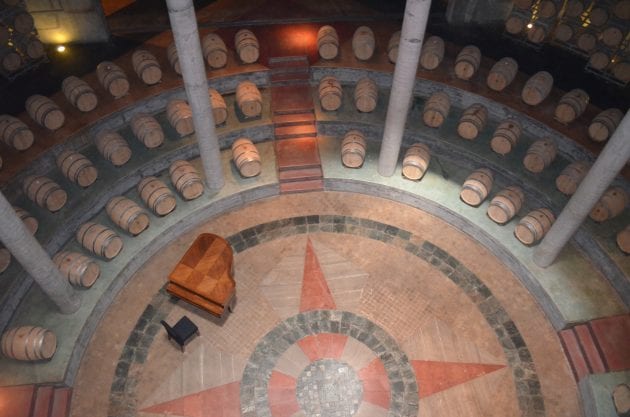 When it comes to South America and wine growing, one might consider Mendoza, Argentina, the epicenter of Argentine winemaking. The Mendoza wine region is made up of several distinct areas; Luján De Cuyo, Maipú, and Valley de Uco. Both Luján de Cuyo and Maipú are well-established regions that have been producing wines for well over 100 years. The Valle de Uco is relatively new to the Argentine wine industry being only 20 -30 years old. Forging its way early on was Bodegas Salentein.

Bodegas Salentein was established in 1992.   Not only was it one of the earliest pioneers of the Valle de Uco, but it is also the largest cool climate estate in Mendoza.  Its beginning was by happenstance.  When Mijndert Pon, known as MP, retired from the family business of importing cars in Holland, primarily Volkswagens, he decided to sail around the world.

His sailing days came to a halt when a freighter hit his boat in the Panama Canal.  This ill-fated incident was the impetus for Bodegas Salentein.  On a whim, MP decided to go to Argentina to hunt and fish.  This trip ended with the purchase of a farm.  This farm, with the addition of a couple of other farms, is now known as Bodegas Salentein, which is the name of the family’s farm in the Netherlands.

Bodegas Salentein consists of 2000 Hectares, of which 800 hectares are planted with vineyards.  The vineyards are divided into three estates, known as fincas.  They are El Oasis, La Pampa, and San Pablo.  El Oasis resides, which lies at the lowest altitude and has the longest growing season.  The varietals planted here are Malbec, Cabernet Sauvignon, and Chardonnay. La Pampa is in the middle of the three and consists of alluvial soils.  Here Merlot and Pinot Noir are grown.  San Pablo sits at the highest elevation, growing Chardonnay, Pinot Noir, and Pinot Meunier primarily.

This post is an excerpt from an article I published in FWT Magazine.

To read more about the Valle De Uco

The featured photo won the IFWTWA Photo Contest for 2021.