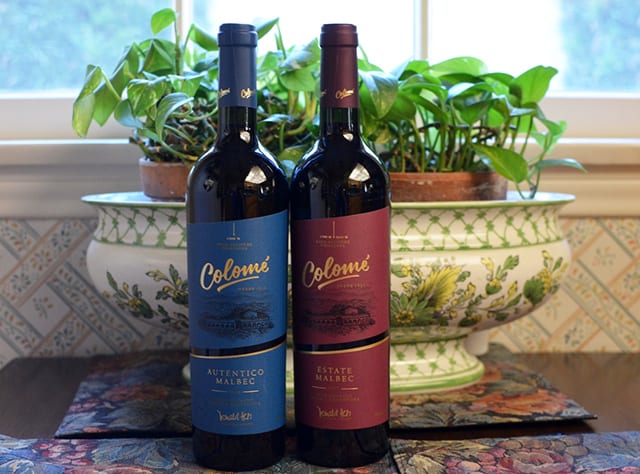 Malbec World Day is just around the corner, and although celebrating has a different connotation in the days of a pandemic, one thing that has not been taken away from us is wine, the ability to buy good wine and savor its nuances. We can still pick up an Argentinian  Malbec wine and enjoy a sip this Friday, April 17, 2020, when it is time to pick up our glasses and toast Malbec World Day. This year’s theme to toast is “Argentine Malbec, Me Gusta!”

April 17th commemorates the day back in 1853 when the then President of Argentina, Domingo Faustino Sarmiento, sent soil expert Michel Aimé Pouget to France to bring back vines to grow in Argentina. Those vines, of course, were Malbec. Malbec survived in Argentina while in France, a terrible disease, Phylloxera, devastated the French Vineyards. Is it a coincidence that this year the world is ravaged by a terrible disease, a pandemic. Hopefully, like the vines in Argentina, we will defeat this disease and become as hardy as those sturdy vines that reach deep down into the rocky soils around the Andes to draw water and strength to grow the wonderful grapes that make Argentinian Malbec wine what it is today.

I was fortunate in early January to participate in an event hosted by Laura Catena, owner of one of the oldest wineries in Mendoza, dating back to 1902, Bodegas Catena Zapata. Malbec is associated with the Catena family, and their legacy inspires other wineries to make Malbec. The Catena’s are responsible for Malbec’s resurgence. Now in the 4th generation, Catena still plays a prominent role in the wines of Argentina.

The event featured many of Catena’s Malbec wines but also showcased a one-act play called “As Wine Flows By,” which tells the story of Malbec through the eyes of four women who played a role in the history of the grape. One of these four women was Anna Catena, Laura’s grandmother.

The wine star of the event was the Catena Zapata Malbec Argentino, The grapes for this wine come from the Nicasia and Angélica vineyards in the Uco Valley. This wine is a testament to the Catena Family. Other Malbecs sampled were the Catena Zapata Nicasia Vinyard 2015 and the Adrianna Vineyard Malbec 2016.

Today there are over 135 clones of Malbec, and this thick-skinned grape with its dark inky color is known for its flavors of flowers, plums, blackberries, clove, vanilla, and mocha. In Argentina beef, especially Asada, is one of the dining staples, and it pairs nicely with the depth and body of a Malbec Argentino.

Here are some Malbec wines suggestions to consider serving this Friday as you lift a glass and toast Malbec, especially Argentinian Malbec. In the words of the Argentine’s Dia Mundial del Malbec, which means Malbec throughout the world, something we can rejoice from our homes.

Domaine Bousquet Reserve Malbec 2018: This winery is known for consistently making outstanding wines, especially Malbec, organically. You can never go wrong with one of their Malbecs. The wine ages for ten months in French Oak. I always find a smooth, well-balanced with rich, silky textures. Dark fruits emphasize this wine. On the nose, smoky aromas accented the dark fruits. The wine exhibits flavors of blackberries and currants.

Septima Obra Malbec 2017: The grapes for this Malbec come from both the Luján de Cuyo and the Uco Valley. After fermentation, the wine ages in second-use French and American oak barrels for ten months. On the nose, I found blackberries and plums with hints of mocha. On the Palate, I discovered a velvety, rich, and earthy wine with flavors of blackberry and vanilla.

Domaine St. Diego Pura Sangre 2008:  If you can get your hands on this wine or even a later vintage, I highly recommend it.  The wine shows the longevity of the Malbec grape.  I found a very balanced and smooth wine that exhibited all the characteristics of the Malbec grape, including some sweetness on the finish.

Amalaya Malbec 2018: This Malbec blends 85% Malbec with Tannat and Petit Verdot from vineyards in the Calchaqui Valley of Salta. Although a very young Malbec, this wine delivers a big, more intense, full-bodied Malbec. The addition of the Tannat gives the wine a more somber quality, and the Petit Verdot softens the wine. On the nose, I found Smoke, Tobacco, bacon, and pepper, while on the palate, the wine exhibited brooding dark fruit, prune, and raisin with pepper on the finish.

The meaning of Amalaya is hope for a miracle in native Indian and is apropos for right now. For Donald Hess, it was the miracle of finding water in the Cafayate Desert of Salta. For us, while we sip our Malbec, we hope for the miracle of a vaccine to cure COVID-19 and for our lives of social distancing to return to some semblance of normal.

Colomè Estate Malbec 2017: This wine combines four estate vineyards to create a Malbec with a velvety, rich texture. On the nose, find smoke, tobacco, and cedar. I could smell the oak used to age this wine. In this case, it aged 15 months in used French oak, followed by six months in a bottle. The palate delivered flavors of blackberry pie accented by hints of pepper.

Colomè Auténtico Malbec 2018: Auténtico best describes the authentic expression of the terroir this wine established for Colomé. Created in an old winemaking style for Argentinian Malbec, the wine sees no oak but rather ages ten months in a tank followed by ten months in a bottle. Discover mocha, tobacco, blackberry, and clove aromas. On the palate, I found Blackberry, plum, and vanilla with some pepper on the finish.

This year I discovered an excellent Malbec in the Rogue Valley of Oregon. Although not Argentinian Malbec, it is still a Malbec worthy of recognition.

Weisinger Family Winery 2016:  Little did I expect to discover a Malbec from a winery located in Ashland, Oregon. As it turns out, it was one of my favorite wines from this winery.  Eric Weisinger’s interpretation of the Malbec grape is exceptional.  The flavors display plums and blueberries with hints of white pepper on the finish.