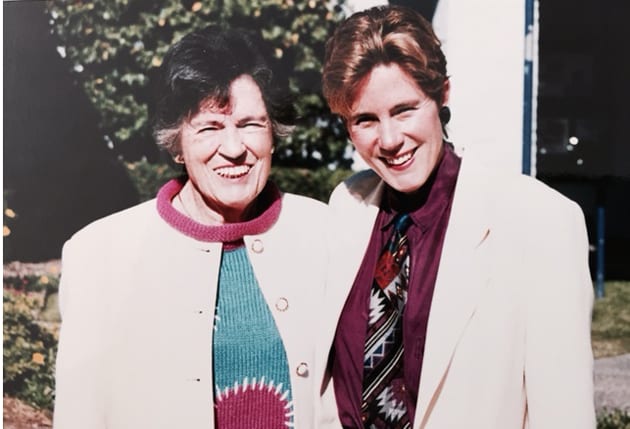 My mother died yesterday. The five stages of grief have not hit me yet, but I know they are coming. No one can prepare you for the death of a parent, especially your mother. It is a personal journey we all have to endure.

I spent the past 24 hours in a whirlwind of emotions and tasks. Like ice water being thrown in my face, the reality of her passing has assaulted me in unimaginable ways.

Our family elected to stay nearby, the overflow of relatives stayed at a modest motel in nearby Banning. The $50 a night hotel gave us all a handsome view of the freeway with a constant howl of the nearby trains. In emergencies, you do not much care where you stay, as long as you are nearby.

Tonight would be my mother’s viewing. Clothes had been meticulously selected, so that my mother resembled the beautiful woman she used to be. I awoke early that morning, and prepared for my usual morning walk. I began my journey in the haze of grief as I attempted to find some balance afforded by nature.

This part of Banning was a cacophony of run down pick-up trucks, white trash inhabitants and junkyard dogs. I needed to vary my route in order to avoid all three. I began walking, my torrential tears asking God for answers that never seemed to arrive. The morning sun was winking over the horizon, its eye upon me, wondering where I was going. A sliver of yellow light spanned across the fields as I continued my journey.

Up ahead I spotted a dog. He did not have that lean hungry look stray dogs usually have. He just sat in the road as if he was waiting for me. What was a Basset Hound, with those weepy eyes, and hanging jowls doing in Banning? And why did he not have any identification?

As I got closer, he started hobbling toward me. I noticed a prominent limp in his front left paw. My mother also had had a limp from a severe car accident years ago. I never thought of my mom as crippled. That was just the way she walked, as if she was born that way. This dog wore his limp the same way; not apologetic or in pain, it was just a natural part of his gait, as he loped beside me, grinning that jowly grin, his eyes looking like someone had broken his heart.

The sorrow of my mother’s passage immediately lifted as the dog and I walked together.   He seemed to belong to me, trotting along like we had been walking together every morning. In the periphery, I could see a few crusty yard dogs coming our way. Dogs like this are often not treated very well, which accounts for their unruly behavior. They were suspicious of us. Strangers rarely came wandering up these roads, not without a pick-up truck, a gun, or both.

The five dogs circled us, their noses upturned and angry. Hair started to rise from one mongrel’s back. My dog sat down. The others sniffed the air, some posed in an aggressive Alpha stance. I tried to call my dog away. Still, he sat, like a calm mediator in a family squabble. I was nervous.

Suddenly, the barn door opened and the owner called them off. The gnarled man gave me a look as if I did not belong in his neighborhood, so I turned around and began heading back toward my motel.

As we headed back toward town, train tracks shimmered in the distance. I tried to shoo the dog away, hoping he would take a side street and find his way home, but he continued to stay by my side, as the tracks grew larger. A train screamed in the distance. I did not have a leash nor did I know what to do. As the chugging grew louder, I prayed for him not to dart ahead as my imagination suspected the worst.

The dog stood quietly nearby while the train intercepted the street. I exhaled my relief as the train’s caboose passed. With the danger behind us, my dog trotted forward as we continued to meander along.

Up ahead, the main intersection of Banning was waiting to test us again. As we proceeded I wondered if this dog would stay by my side and stay out of traffic. Could he tell red lights from green ones? Again, he minded the traffic with well-rehearsed grace.

After we turned, I noticed him sniffing the trashcans, at which point I kept walking, hoping he might find his way home or get attached to someone else. I walked about a half of a block, and when I turned around to check on him, he had vanished. I scouted the area, but could not find him.

To this day, I wonder if this fellow was a gift from my mother who, from the other side, was telling me she was okay. The wounded paw, his appearance out of nowhere when I was in such dire emotional need, and then protecting me as the stray dogs circled, all seemed very much out of the ordinary. He was fearless with the traffic, and seemed to let me go when the danger was behind us.

I do not know nor do I question it. In my heart I just knew my spirits were immediately uplifted, and I could now cope with the ensuing grief of the day, all because the appearance of a wounded dog.

Mary McGrath is the proud servant to three cats. Sparky is a spunky 14-year old Siamese. Milly is a 10-year old stubborn Calico. Holly brings up the rear at age 8, and is a beautiful ragdoll. Mary’s work has been published in a number of publications including Newsweek, Good Housekeeping, The National Lampoon and LA Times.