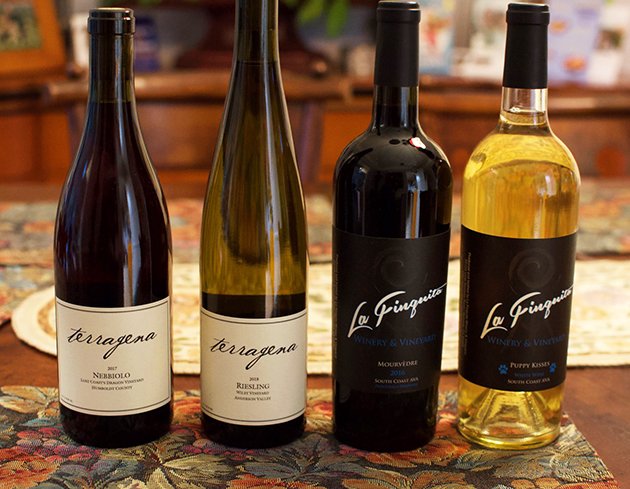 For me, finding the small unique, and even obscure winery is part of the fun of drinking wine. The passion of the people creating these wines shines through and invites you to sip their wine and discover what they love about winemaking. To help these wineries succeed in producing their craft wine and get their product marketed is where the Craft Wine Association comes into play.

The Craft Wine Association celebrates American small-production wineries that put their heart and soul into making these wines. Their goal is to raise awareness of the craft of making wine. They choose the word craft because it is the marriage between art and science. The winery participants are family-owned, and each represents the place their grapes grow. Many of these wineries are within a few miles of a large city.

Established in 2016, the Craft Wine Association is a membership-driven organization that helps the owners, vintners, and winemakers of small production wineries increase the market for Craft Wine. The association certifies Craft Wineries and sponsors an online marketplace called NxtCrush that directly supports wineries selling their certified and distinctly American wine directly to consumers.

Founding member Carole Lawson, like many, gravitated to the wine industry after retiring from Silicon Valley working for the State of California. After becoming a certified sommelier, she recalls, “My friends have a small winery, and I saw the struggle they had to get their product to market and get in front of consumers.” Having a digital marketing certificate from Harvard and an analytical mind, she launched the Craft Wine Association. Little did she know what she would achieve in retirement with the wine industry booming.

Today with about 54 members, the Craft Wine Association represents wineries from all over the United States. The designation of Craft Winery is awarded to those member wineries who qualify as commercially available, small-production wine producers.

On two occasions, I had the opportunity to taste some of the wines and learn about five participating wineries.

Although I did not taste the wine because Wisconsin prohibits wine shipments to California, I learned about Lewis Station, the first certified Craft winery in Wisconsin. Rob Lewis owns the winery that is located Lake Mills, Wisconsin in an old gas station. Think vintage gas station of the 1970s meets micro-winery.

Coming from the corporate grind, Rob needed a change of pace, and wine was that change. He is a first-generation winemaker who started in a wine shop. Taking online classes, earning his Level II Sommelier, Rob began making wine.

Rob says, “Lewis Station Winery produces craft artisan wines made properly with minimal use of additives. They are handmade on a very small scale by our small family winery combining traditional techniques with modern advancements.”

Growing corn and soybeans was the Layton family’s, two generations, business until Jennifer and her husband William took the leap and started planting grapevines. This change occurred in 2007. They opened their Maryland winery tasting room in 2010, and now Layton’s Chance Vineyards and Winery is the first certified Craft Winery in Maryland.

Located in Vienna, Maryland, the vineyards take up 14 acres of the 1800 acre family farm. Due to the eastern shores’ climate, the Layton’s chose to grow Chambourcin, Norton, Traminette, and Vidal Blanc.

Unfortunately, Layton’s Chance Vineyards does not ship to Los Angeles, but those I know that sampled their wines were impressed with the Vintner’s Reserve, a blend of Cabernet Franc, Chambourcin, and Norton. For sweet wine lovers, try Joe’s Cool Red.

When thinking of Hemet, California, the image of dry, dusty, and barren comes to mind. Horticulturalist Bill Shinkle changed that vision. His family owned a nursery in Hemet, and today that nursery provides flowers and plants to various hotels, country clubs, and golf courses. All during this time, Bill had a dream to have a vineyard. With his prowess and knowledge of soils, he investigated grape varieties he thought would grow best on his property. He ultimately chose six grapes, mostly Italian varieties including, Barbera, Teroldego, Aglianico, Muscat Canelli, Fiano, and Viognier and as it turns out, all grow well in Hemet. Bill grows his grapes organically and uses no sulfites in his wine.

I sampled three wines from Tranquil Heart, a Viognier with its crisp flavors of stone fruit accented with floral notes. Fiano is a white grape that comes from the Campania region of southern Italy as well as Sicily. I found the Tranquil Heart version of this grape, a wine that grows on you. With each sip, the wine was more inviting. The wine imbues a sweet yet almost savory expression with flavors of green apple.

Finally, the Williams Wild Red Reserve Blend, which consists primarily of Barbera, Aglianico, and Teroldego. I discovered a well-balanced yet complex easy drinking wine with flavors of cherry.

Winemaker and owner Chris Buchanan is a trailblazer. In 2008 he dropped everything to move from New Orleans to Humboldt County. As a mathematical researcher, Chris was keen on creating everything from scratch. So starting with nothing, he built himself a small winery. It began with a yurt and included the construction of off-grid water and power sources. By 2010 the vineyard house was completed. Chris’ planted a 2-acre vineyard with various clones of Pinot Noir in 2013.

Not only is Chris’s endeavor off the grid, but he also could not have picked a more obscure and remote area to cultivate grapes and produce wine. One will soon discover, Humboldt County is proving to be an excellent area for producing some outstanding wines. Today Chris creates about 20 different wines and sources grapes from six wineries besides his own.

With the Craft Wine Association, I sampled two wines from Terragena.

Terragena 2018 Riesling, Wiley Vineyard: This Riesling is unique because it is a field blend with about 8% Muscat. The Muscat adds a nice dimension to the Riesling and gives the wine Alsatian characteristics. I found an aromatic wine with stone fruit and citrus flavors. This wine exemplifies the excellence of Riesling coming from the Anderson Valley.

Terragena 2017 Nebbiola, Lost Coast’s Dragon Vineyard: This Nebbiolo is light with bright acidity and elegance but very different in a good way from what one typically expects of a Nebbiolo. I found the wine more intriguing with each sip.

Little did Charlie and Jess Koehler know in 2008 when they were visiting Julian for Apple Days they would ultimately ope their own winery. Overcrowding in the Julian tasting rooms forced them to visit a winery in Ramona. Over the years, this visit eventually turned into helping out at the winery and developing a passion for every aspect of the winemaking process. Fast forward to 2013, when they purchased the La Finquita Winery, an 8-acre property that got its name in 1988. La Finquita means little Farm. Today they are the youngest owners and vintners in Ramona and, for that matter, the youngest in San Diego County.

Charlie and Jess work as a team in all aspects of the winery.  Because Charlie comes from a tech background in network security and has a degree in chemistry, he represents the winery’s scientific side. Jess embraces the artistic portion. This melding of science and art became the winery’s backbone as both strive for authenticity and uniqueness in their wines. In addition, this concept reflects in their motto, a modern romance of wine.

I sampled two wines from La Finquita; a Chardonnay called Puppy Kisses and a Mourvedre. What is interesting about both these wines is their low alcohol level, especially in the red wine. I found a crisp and refreshing wine with flavors of apple in the Puppy Kisses. Two dollars from the sale of each bottle of this wine goes to a local shelter called Frosted Faces Foundation. The Mourvedre is very dry yet delivers soft tannins with dark fruit flavors accented by pepper on the finish.

In the future, I hope to discover more of the Craft Wine Association winery members but for now, I am quite impressed with the quality of the wine, the passion and dedication each member have to their craft.

Common to the wine industry, this writer received a hosted wine samples. While it has not influenced this review, the writer believes in full disclosure.