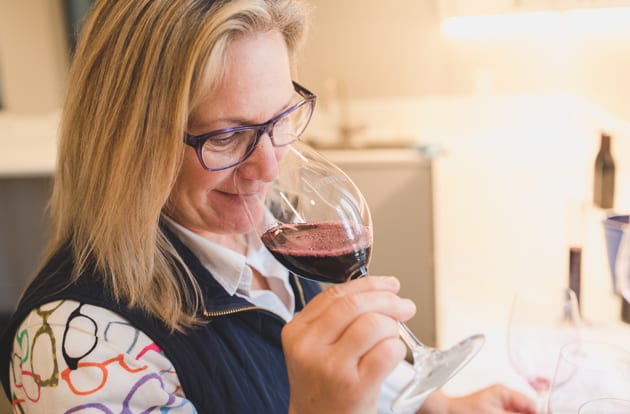 Many prominent female winemakers are making their mark on an industry that was established predominately by men. One such woman is Pam Starr of Crocker & Starr has an affinity for Cabernet Franc. The winery is celebrating their 20th year of producing wine, which shows the prowess and stamina of the woman behind this winery.

There is a fervent energy that is immediately recognized when one meets Pam Starr. Her passion for the wine she is creating is quite evident.   Like many in the production of wine, her career path of dentistry switched when she discovered an infatuation with wine.  After graduating from UC Davis with a degree in Fermentation Science, she interned at Sonoma Cutrer. A stint at Edna Valley Vineyard followed this internship. Coming back to Napa, Pam became the enologist and assistant winemaker at Carmenet. Soon after she became winemaker at Spottswoode until she met Charlie Crocker, who would become her partner at Crocker & Starr.

Charlie in 1971 purchased the Dowell property in St Helena, which included vineyards and an old stone building that dates back to 1870s. In the late 1970s, Charlie planted Cabernet Franc and Cabernet Sauvignon. Prior to meeting Pam, he sold his grapes.

Pam and Charlie’s partnership began in 1997. Their first vintage released was in 1999 with a Cabernet Franc. Today the Crocker estate consists of 100 acres of which 85 acres are planted with six Bordeaux varietals: Cabernet Sauvignon, Cabernet Franc, Merlot, Petit Verdot, Malbec, and Sauvignon Blanc. Using organic and sustainable practices, the grapes are hand-harvested at night; the wine is handcrafted using Old World philosophies on New World fruit. They produce about 3000 cases a year.

The oldest vines are 40 years old. One of the older vineyards is Stone Place and is named after the original stone winery building. This vineyard is planted with estate Cabernet Sauvignon.

Pam’s forte is Cabernet Franc. She is one of a select few of Napa vintners who truly know how to perfect Cabernet Franc. I was fortunate to be able to experience a vertical of three different years.

Pam is also known for her skills of extracting flavors from the soil. She has been nicknamed the “dirt Connoisseur”.

In general, the Crocker & Starr wines are elegantly balanced and very complex.

2015 Sauvignon Blanc: Considered a “Napa Style” Sauvignon Blanc with tropical notes is very refreshing without the grassiness so often found with this varietal. The wine ferments in stainless steel, used French Oak and concrete egg and ages sur lees for 8 -9 months. 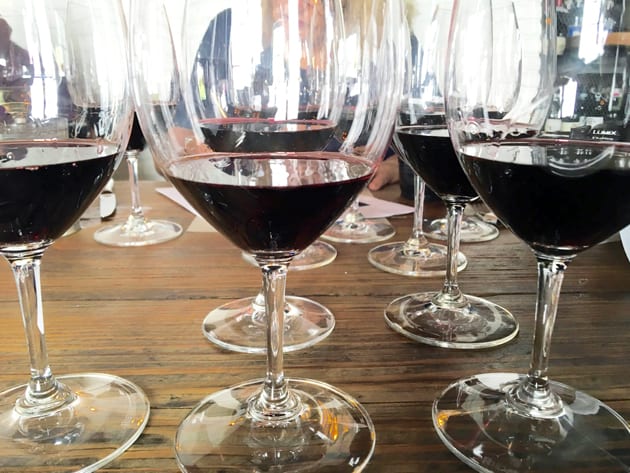 2013 Cabernet Sauvignon, Stone Place: This is the winery’s flagship wine. The wine is earthy with flavors of black cherry, blackberry pie, and chocolate. With elegance, the wine is big rich and complex.

2013 Casali: Casali in Italian means farmhouse and for Crocker & Starr it represents the 1870s brandy house that lies on the property, their wine club ad the special wine that they produce for wine club members. It also signifies for the Crocker & Starr team a “House of Celebration where friends gather to share their wine experiences.

The Casali Wine is a blend of Malbec, Cabernet Sauvignon, and Cabernet Franc. This wine is not produced every year. In its 6th edition, the wine is elegant, with a velvet and silky texture. It is one of those wines that would go well with a summer barbecue. Dark fruits are predominant in this wine. There is a savory component in the wine that has a long finish. 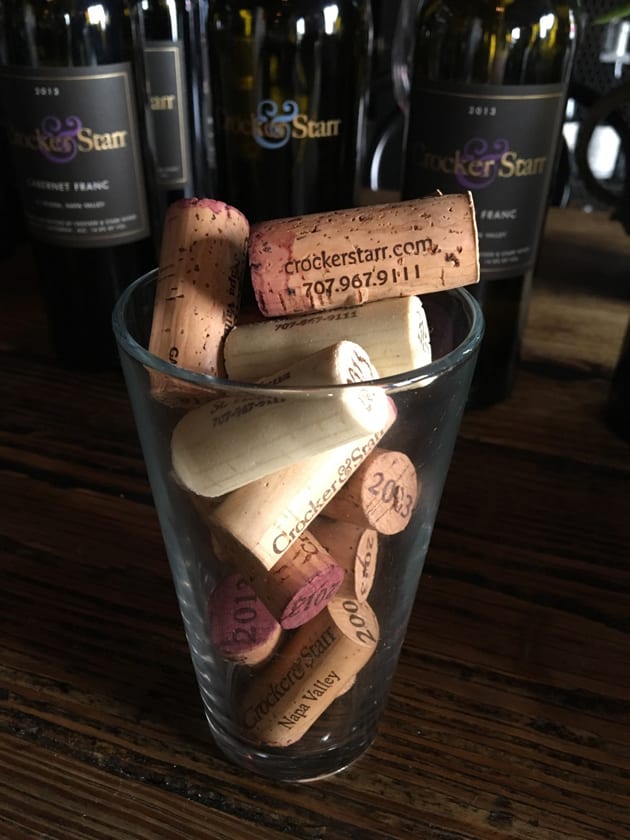 2004 Cabernet Franc: Since the winery’s onset, Pam typically puts a smidgeon of old vine cabernet to enhance the flavors of Cabernet Franc. In 2004 Merlot was added instead. The wine is showing big with herbal qualities. The aromas were tomatoes while the flavors found were stewed fruit and plum.

2011 Cabernet Franc: 2011 was known as a very difficult year in Napa due to it being one of the coldest and rainiest growing seasons. Pam added Malbec in 2011 to enhance the power of the Cabernet Franc. The vintage proved to be my favorite of the three Cabernet Francs sampled. It was more subtle and elegant in expression. There was a savory, earthy quality that led to flavors of berries, mocha and baking spice. The wine still maintained the rich velvetiness and complexity that is very apparent in the Crocker & Starr red wines.

2013 Cabernet Franc: Created with 100% Cabernet Franc from the 26-year old estate heritage selection and the entav clone 332. This wine is powerful and dense in its character. Dark berry flavors give way to hints of mocha, vanilla, tobacco, and spice.

Although the Crocker & Starr wines are bold, Pam’s feminine side comes through in the elegance of these wines. It is especially true of her Sauvignon Blanc and the more playful Casali.

One of the guiding principals of Crocker & Starr is their approach to sustainable farming, “what you take out of the land; you put back into it.” This philosophy is reminiscent of the old saying “what goes around comes around,” and it is quite clear that the wines of Crocker & Starr are very terroir-driven showcasing the land where the vines reside.

Note: Photo credit for the featured image above is courtesy of Crocker & Starr.