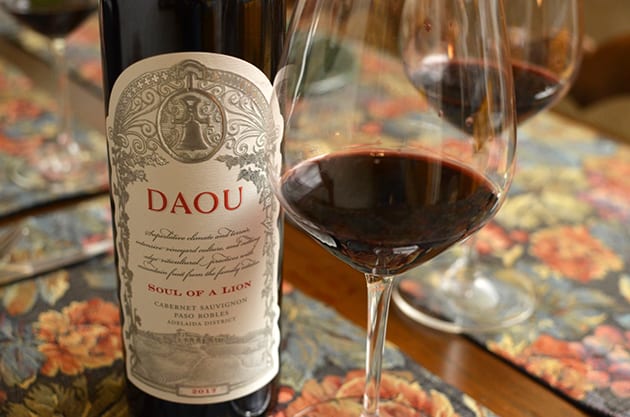 The thrill for a wine writer is the ability to sample an exceptionally outstanding wine, but often the story behind compels me to compose the article. In the case of DAOU Family Estates, the biographical history behind the wine Soul of the Lion drew me to write this piece. Although this wine is extraordinary, it tells the story of the Daou family and the name of the wine that inspired me.

The Daou family roots began in Lebanon. It starts with Joseph Daou’s, the father of Georges and Daniel, the brothers who own DAOU Family Estates. Joseph grew up in Beirut under French colonialism because, at the time, Lebanon had just gained independence from France in 1943. Joseph became a distinguished businessman, at a time when Beirut developed into “the Paris of the Middle East.”

Georges and Daniel’s mother grew up in the French Caribbean colony of Guadeloupe. Her Lebanese French family owned the department store on the island. Her father also owned ancient olive groves in Lebanon. It was in these olive groves that Georges and Daniel spent their summer vacations playing. These groves also instilled them with a love of agriculture.

In 1973 everything came tumbling down. It was the advent of the Lebanese civil war when a rocket struck the Daou family home. Both boys were injured along with their sister. Georges remained in a coma for 48 hours, but he awoke to find his brother at his side. This traumatic incident was the deciding moment in many ways. It created an inseparable bond between the brothers, which carried them into their future. This dedication to family is why they have always worked together.

Following the incident, the family moved to Paris and then Southern France. The move was difficult at first, but once the family moved to Cannes when Georges and Daniel were teenagers, it became easier. While living in the south of France near Provence, their dream of producing wine first revealed itself.

Both brothers came to American to study engineering at the University of California, San Diego. After graduating, they started a technology networking company. Ten years later, it became apparent that the two desired to follow their youthful dream and passion for making wine.

It was family that infused a sense of perseverance along with passion and courage to accomplish Georges and Daniel’s goal in life. One can see these traits in Daou wines.

Joseph’s parting gift was to see DAOU Mountain with all its beauty, giving his sons the blessing that helped them continue to pursue the dream of owning a vineyard and producing the ideal Cabernet Sauvignon.

The history of Daou’s terroir goes back to the time of André Tchelistcheff and a property known as Hoffman Mountain Ranch in the area now called the Adelaida District of Paso Robles. The property’s steep slopes, situated at an elevation of 2,200 feet, offer an ideal location for growing Bordeaux varieties. André Tchelistcheff described the area as “a jewel of ecological elements.” Today this mountain produces exquisite Cabernet Sauvignons.

Soul of the Lion

The Soul of the Lion has two meanings. One it represents the Georges and Daniel’s father, who gave them their strength for life and inspired them. Joseph is the lion and the soul behind both brothers. The Soul of that lion also represents Georges and Daniel’s soul in discovering DAOU mountain, its vineyards, and their passion for wine. The vineyards and the terroir are the souls of their wines. For this reason, the Soul of the Lion, the flagship wine of DAOU Family Estates, is the soul of their winery, paying tribute to their father.

The Soul of the Lion is beautifully packaged in a red box. The elegance of the bottle and its label hint at the greatness of what lies within. Adorned with grapevines, the label has an Art Nouveau appearance.

Released in February, 2017 vintage combines Cabernet Sauvignon primarily with Cabernet Franc and Petit Verdot. I could immediately taste the Cabernet Franc. I found silky and velvety layers bringing a wonderful complexity and depth to this full-bodied wine. On the nose, the wine exhibits aromas of cedar and plum. With flavors of dark fruit, including currant and licorice, the wine delivers a nice spice with a little vanilla on the finish. Please remember to aerate this wine. It needs time to breathe but also gives the wine aging power.

As André Tchelistcheff described the property as “a jewel of ecological elements,” one finds the Soul of the Lion a jewel of a wine that is ideal for celebrating a special occasion.