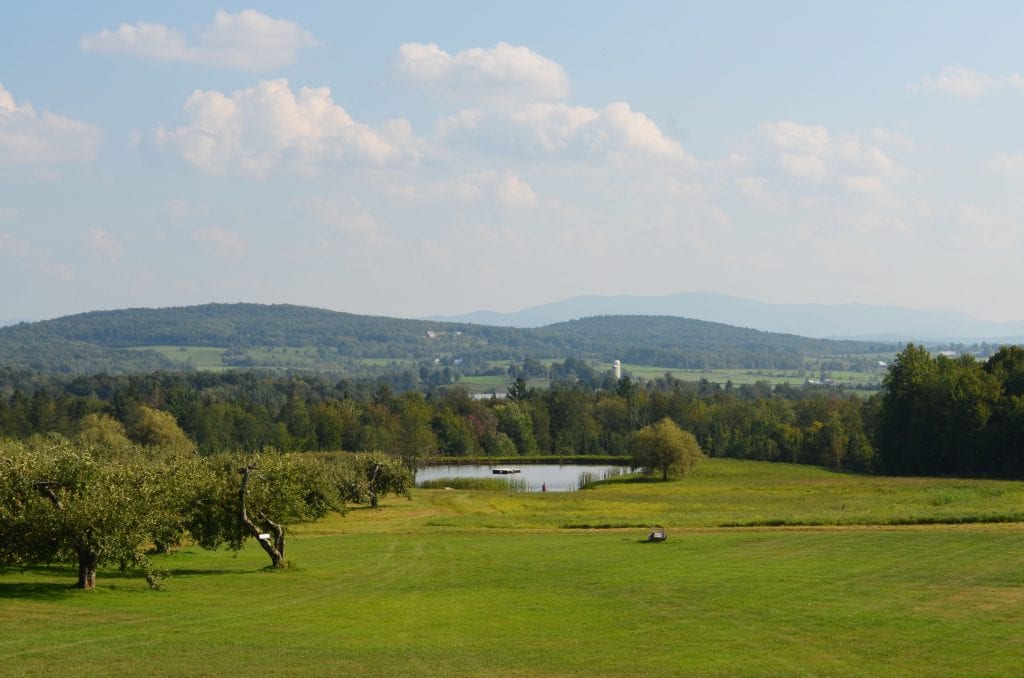 Just outside of Montreal is a unique area in the Quebec Province called Eastern Townships. Located around 45 minutes southeast of Montreal, several hours from the city of Quebec, and borders Maine, New Hampshire, and Vermont, the area offers many activities for the traveler to experience during any season.

The Eastern Townships is also known as Estrie, a toponym adopted in 1981. It is also identified as “Cantons-de-l’Est”, a name used by the first settlers to the area in the 16th century. The area was formed after the American Revolution when the British gave loyalists fleeing the United States a safe haven to live. Today the Eastern Townships consists of the following sub-regions: Sherbrooke, Granby-Bromont, Brome-Missisquoi, Val Saint-François, Memphrémagog, Coaticook, Asbestos, Haut Saint-François, and Mégantic.

The charm of the pastoral countryside spattered with old villages, apple orchards, maple shacks, and vineyards is a popular destination for New Englanders.  For the wine and spirits enthusiast, the region offers a plethora of wineries and cider houses to visit.  While visiting Montreal, it is well worth adding a day to visit the Eastern Townships.  The ideal way to capture the beauty and sites of the area is by taking a tour.

Kava Tours is highly recommended. Kava offers both self-guided picnic lunch tours and private guided tours. Tour guide/owner Benoit Hébert will lead you through the best of the three wine regions of the Eastern Townships. They are Dunham, considered the birthplace of Quebec’s wineries, Bromont, and Rougemont (Monteregie), which is known for its cider producers.

To read more About the Eastern Townships

This post is an excerpt from an article I published in FWT Magazine.