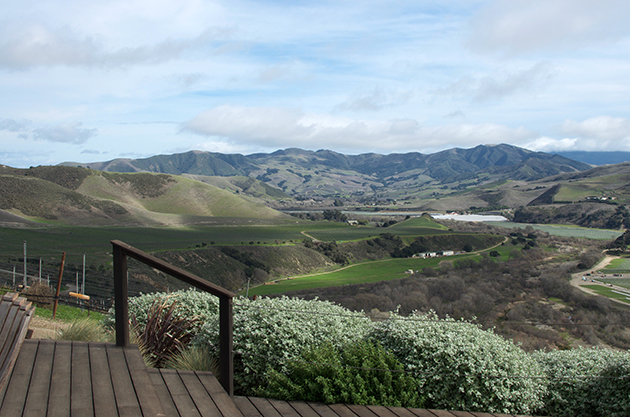 Living in West Los Angeles, there is nothing like a day trip up the coast to Santa Barbara and beyond, especially when you feel the need to get out of dodge, so to speak. The drive is easy because the distance to Santa Barbara is 1.5 hours and another 35 minutes to Highway 246, which takes you to Lompoc on the West and Solvang and Santa Ynez if traveling East.

The environment changes as we weave our way along Highway 101 and hit the coast. The scenery sets my mind to relax mode as I enjoy the coastal views and the central coast beckons. Past Santa Barbara, turning inland from the coast, heading through the tunnel, the scenery changes to pastures filled with oak trees, telling me I have hit Santa Barbara wine country.

The day is special and one I will cherish as I visit Sea Smoke Vineyards because visiting is only permitted to allocation members. The story began in 2010 when I started writing about winery dogs. At the time, my forte was pet writing. I was just breaking into wine and travel. Heading to a dog show in Lompoc, I decided to combine the trip with visiting wineries where dogs play a role in making wine. Don Schroder, Sea Smoke’s winemaker, had his own label called Le Chien, which means dog in French.

I met Don at the Sea Smoke Winery, a coo, because of the difficulty getting into the winery not being an allocation member. We sipped Don’s wine, and he suggested tasting Sea Smoke. I had heard wonderful accolades about Sea Smoke but never tasted the wine. I could not pass up this opportunity even on an empty stomach. In this case, I chose not to spit, a standard industry practice. Instead, I finish the glass of Pinot Noir. I scarfed down a salad in my car and headed to meet another winemaker interview, declining another glass of wine.

When I returned home, I signed up to become a member knowing there was a three-year wait. Low and behold, I became a member in 3 months to six months. I often wondered if my meeting with Don Schroder played a part in my making the cut.

Visiting the vineyards made me appreciate Sea Smoke’s Pinot Noir even more. As the car meandered through the vineyard, we saw horses, Texas Longhorn Cows, chickens, and a sheep herd. Sea Smoke is biodynamic. Flowers were beginning to bloom between the rows of the vineyard. I would love to come back in March or April to see them in full bloom.

As we traversed our way up to the lookout point, we could see the patchwork puzzles of the different vineyards along Santa Rosa Road. Down below us was the winery that started it all for the Sta. Rita Hills, Sanford Winery. It was Michael Benedict and Richard Sanford that were the pioneers of the area in the 1960s. Looking down from the outlook, I now understood why the Sta. Rita Hills is a fabulous place to cultivate grapes and produce wine. Viewing the rolling hills in the background, the east-west positioning from the Pacific Ocean is the essence of this AVA’s story.

We toasted the view as the clouds rolled in from the coast with a glass of Sea Smoke Sea Spray, their sparkling wine created in the Méthode Champenoise. I was so enthralled with the view and the day, I found it hard to leave, but Santa Barbara was calling me.

If you have time on your way down to Santa Barbara, stop at Folded Hills in Gaviota, just off the 101. Andrew and Kim Busch own the winery. As members of the Busch beer empire headquartered in St Louis, they chose wine as their next enterprise. Folded Hills is a Farmstead that grows a variety of crops that includes cultivating grapes. If you can get an ATV ride of the property, you will enjoy seeing the Clydesdale horses, a camel, zebra, and donkey. The latter three are best buddies and live harmoniously on the property.

Favorite wines: August white, a blend of Grenache Blanc, Clairette Blanche, and Roussanne. There Rosé is a must, and the red I favored is the Grant Grenache. 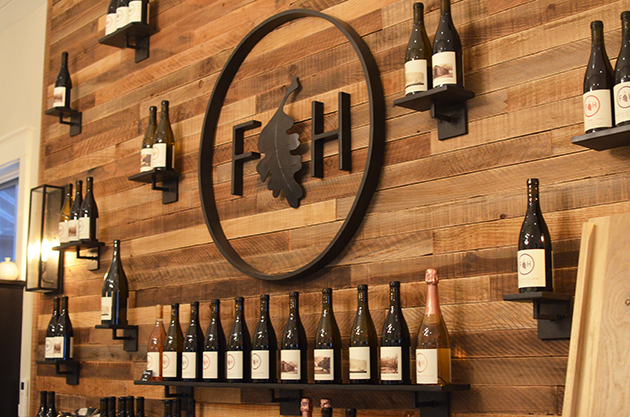 Often the last stop on any wine tasting trip is Santa Barbara. Enjoying the American Riviera, the Funk Zone, and the Urban Wine Trail is a pleasant way to end the day. Watch the sunset as you take a stroll along the coast.