Each year the World of Pinot Noir offers some excellent world class Pinot Noir seminars in addition to their main wine tasting event. Fortunately, the World of Pinot Noir’s 20-year celebration occurred just before the outbreak of the pandemic. I find the seminars the most valuable part of these wine events.  I attended two that proved my point. The topics, “Exploring the Elegance of Alto Adige Pinot Noir” and “What’s Altitude Got to do with it?” both expounded on the virtues of Pinot Noir from two very different focal points.

Since the movie Sideways, Pinot Noir’s popularity has increased.  Most think of Pinot Noir as coming from Burgundy, New Zealand, California, or Oregon. Pinot Noir grows in many different regions throughout the world, and discovering the lesser-known places shows the diversity of this variety. The seminars I attended emphasized this fact.

Alto Adige, also known as Südtirol Wein is a DOC in the northern portion of Italy, near the Alps Dolomites. The terroir is mountainous with steep hillsides and vines usually planted on terraced slopes, typically on the western south-facing slopes. Although an Alpine region, Mediterranean influences from the south converge creates a unique balance to the wines. The soils consist of porphyry, limestone, and slate rock with glacial deposits of gravel, sand, and clay. The volcanic portion of the soil contains primitive rocks such as quartz and mica. The Alps act as a buffer yet provides for a diurnal shift with the cool wind coming off of Lake Garda.

The Alto Adige DOC consists of 5400 hectares planted with vine and about 200 wineries, including twelve cooperatives, 33 larger wine estates, and 100 wine-producing winegrowers. Alto Adige is known for producing primarily white wine, but the red wines I found more interesting. Pinot Noir clones grown in that area include the Burgundy Clones of 943, 828, 777, 773, 667, 114, 113, and ATVB (Pommard Clone). Several Laimburg Clone, Italian clones, and German clones are also utilized. Regional attributes provide the grapes with intense aromas and flavors. In Alto Adige, Pinot Noir, also known as Pinot Nero, is typically softer in texture and brighter in demeanor. 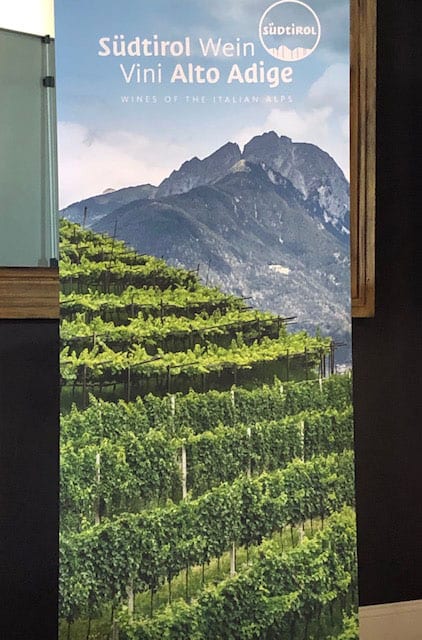 Here is a selection of my favorite Alto Adige Pinot Noir I tasted during the seminar.

Elena Walch Pinot Noir DOC Ludwig 2017: This family-owned winery in its 5th generation combines the talents of a mother and her two daughters. Elena married into the oldest wine families in the area. An architect, she brought new concepts to the family’s traditional wine approach. I have sampled the Elena Walch wines previously but never the Pinot Noir. Being fond of the Elena Walch wines, I found a very pretty, bright, fresh yet elegant wine showcasing berry aromas with red fruit and savory undertones on the palate.

Manincor Pinot Noir DOC Mason 2017: Manincor is the oldest wine estate with a focus on biodynamics. I found ripe red fruits such as raspberry or cranberry accented by fresh herbs.

What’s Altitude Got to do with it?

The second seminar took five regions around the world, where altitude plays a role in the production of Pinot Noir. Those areas include Alsace, British Columbia, Chile, Argentina, and Sonoma. One winery represented each area; Domaine Kirrenbourg for Alsace, Mission Hill for British Columbia, Cono Sur for Chile, Domaine Nico for Argentina, and Sangiacomo Family Vineyards for Sonoma. 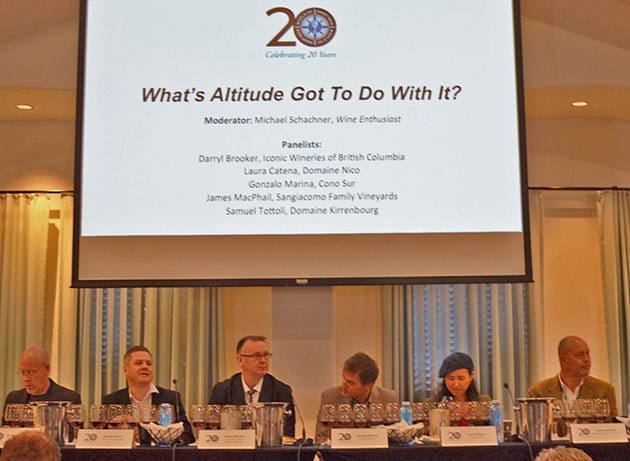 The panel consisted of representatives from five wineries and officiated by Michael Schachner from Wine Enthusiast Magazine. The panelists, Laura Catena from Domaine Nico in the Uco Valley of Argentina, Gonzalo Marina from Cono Sur in Chile, Samuel Tottoli from Domaine Kirrenbourg in Alsace, Darryl Brooker, Iconic Wineries of British Columbia and James MacPhail, Sangiacomo Family Vineyards in Sonoma. 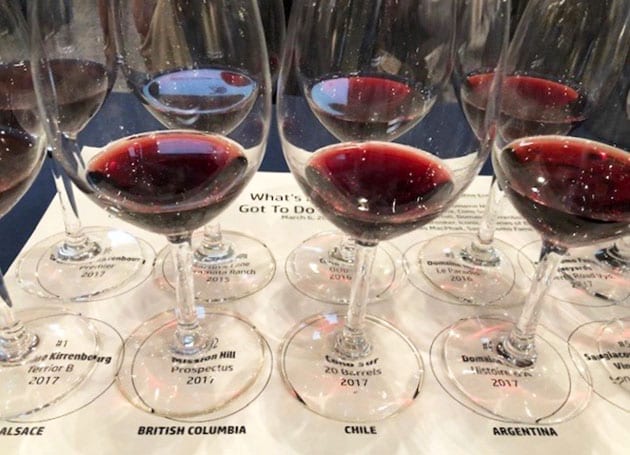 Here are my favorites signifying the difference between new and old-world styles from these various locations.

Mission Hill Prospectus 2017. Representing a younger region in the Okanogan, this wine was bright and fresh. In British Columbia, 2017 was a warmer vintage, so the tannins are higher. A small portion of the wine aged in concrete and part in new oak.

Cono Sur 20 Barrels 2017: The vineyards are closer to the ocean, and the soils are red clay. I found more minerality and more intense fruit flavors due to the deeper soils.

Sangiacomo Family Vineyards Sonoma Coast 2017: From the Los Carnos district, the 2017 is a bit sharper Pinot Noir because the area was coming out of a drought.

Domaine Kirrenbourg Premier 2017: The depth of this Alsace wine was quite apparent compared to some of the other wines at this tasting. The soils are Marl and limestone. The wine exhibited darker fruit and showcased an old-world style.
Mission Hill Martin’s Lane Naramata Ranch 2015: This wine displayed as a bright wine with depth with beautiful florals and ripe fruits.

Domaine Nico Le Paradis 2016: The winery is named after Laura Catena’s daughter. The winery represents a project Laura was excited to pursue her favorite variety. Finding a spot in Argentina with a cooler climate and located at a higher elevation was paramount to establishing Domaine Nico. Laura found it in the Uco Valley. I found a wine with a bright wine with nice acidity.

Sangiacomo Family Vineyards Roberts Road Vineyard 2017: This iconic vineyard with its sandy, loam, and clay soils shows off a balanced wine with flavors of raspberries and cherries.