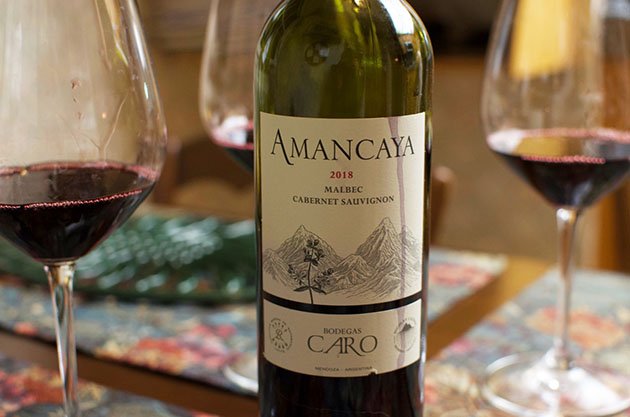 It’s that time of the year when we make an extra effort to enjoy Malbec. On April 17th, we celebrate Malbec World Day 2021 as we try to discover the best Malbec. Whether you drink Malbec Argentino or Malbec from another part of the world, we lift our glasses and toast the grape, the country that made Malbec famous and put Argentina on the map as a viable grape growing region for producing wine.

Malbec is known for its dark inky color and a range of flavors, from flowers and berries to clove, vanilla, and mocha. It can also be very fruity and spicy. Wine produced from the best Malbec usually delivers an intense, rich, velvety, soft, and delicate character depending on the region the grape grows. It originated in Cahors in southwestern France, an area south of Bordeaux. Wines from this area are known as COT. Malbec is also one of the five component grapes in Bordeaux. In Argentina, Malbec comes from three regions in the Mendoza, Lujan de Cuyo, Maipu Valley, the Uco Valley, or Salta, a location North of Mendoza with a higher elevation.

Bodegas Caro Amancaya Reserve Red Blend 2018: Domaine Barons de Rothchild and the Catena Family united to produce the Caro wines. This wine is a Malbec Cuvée showcasing the best of these well-known wineries to create a balance between the Bordeaux and Argentine styles. They named this wine Amancaya after the flower that grows prolifically in the Andes near Mendoza.

The wine combines 70% Malbec with 30% Cabernet Sauvignon. After fermentation in steel, 50% of the wine aged in French oak barrels and the rest in concrete vats.

I found a well-integrated wine in which, although a smaller percentage, you could taste the Cabernet Sauvignon. Smoky aromas delivered an earthy wine with ripe dark fruit. Think blackberry pie with a lingering finish of black pepper.

Salentein Numina 2016: Salentein is one of the pioneers of the Uco Valley. Utilizing grapes from vines planted in the 1990s, some of the oldest in the area. Numina represents Salentein’s version of an Argentine Bordeaux. Combining 61% Malbec with Cabernet Sauvignon, Merlot, Petit Verdot, and Cabernet Franc, this wine distinguishes itself as bolder and virile. With aromas of cedar and tobacco, the wine displays flavors of blueberries, spices, and vanilla.

Salentein Reserve Malbec 2018: This wine touts a Malbecs expression from the Uco Valley. The wine ages 12 months in oak. On the nose, you sense the earthiness of the wine. On the palate, one finds and smooth, earthy wine with flavors of plum and tobacco with a peppery finish.

Saracina Skid Row Malbec 2018: Saracino is located in the Upper Russian River in Mendocino. The Malbec grapes from Skid Row Vineyards were planted in 1999. Soils consist of black clay and gravel that lie at the base of the foothills. The clone is Bordeaux clone 4 and considered the lowest yielding Malbec clone.

The vineyard’s name Skid Row refers to the tracks carved into the hillsides by donkeys dragging logs down to the vineyard sites to use in the hops barns for making beer.

This wine is very balanced and integrated—one of the best I have sampled in California and at a reasonable price. I found aromas of sweet spices, blueberries, and cedar. On the palate, besides blueberry, the Malbec delivered hints of spice and white pepper on the finish. The wine exhibited savory yet sweet qualities.

Justin Reserve Malbec 2018: Justin is located in Paso Robles. Their Malbec is fermented in stainless steel and aged 21 months in 100% French oak with 60% new oak.

Justin’s Malbec is another beautiful representation of the variety. I loved the smooth, rich, velvety qualities of this luscious wine. I discovered a bright and lively Malbec with dark fruit and vanilla on the nose. On the palate, this full-bodied wine displayed dark fruit, vanilla with spice, and white pepper on the finish. Note, this Malbec is not produced every year.

Any one of these wines represents the best Malbec for Malbec World Day. Lift your glass and enjoy.