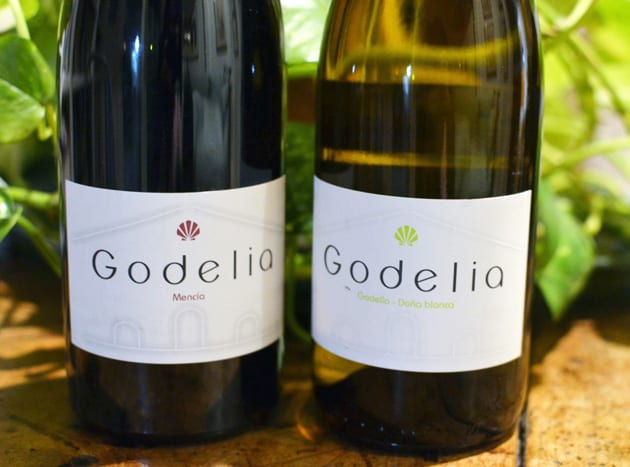 Bierzo DO, located northwest of the province of  Castilla y León is one of Spain’s up and coming wine regions. One winery assisting in making the area well known is Bodegas Godelia.

The red grape utilized in the Bierzo DO is Mencia. The wine must contain at least 70% of this grape. In the whites Doña Blanca and Godello are the primary grapes.

The Bodegas consists of 126 acres of which 86 were planted in 1989.  Another 40 acres feature 100-year-old vines. These vineyards are located on rocky slopes and hillsides of the region.

I sampled two wines from Godelia, a white and a red and both presented themselves as bright and exciting wines.

Godelia Godella-Dona Blanca 2015: With aromas of florals and grapefruit, I found flavors of citrus, peach, and honeysuckle making a very refreshing bright wine and perfect for summertime drinking.

Godelia Mencia 2012: On the nose, this wine presents itself as very earthy while on the palate it displays smoky qualities. Flavors of dark fruits, mostly stewed fruit such as prunes and hints of baking spices dominate this wine. The wine ages 12 months in primarily French oak with a small percentage in American oak of which one third is new oak. I found the wine very drinkable and bright for a red wine.

Although the Bierzo wine region is new to me, I found the Godelia wines to be an excellent example of what is produced in this area of Spain.  The wine also exemplifies why this region is becoming one of Spain’s rising stars.