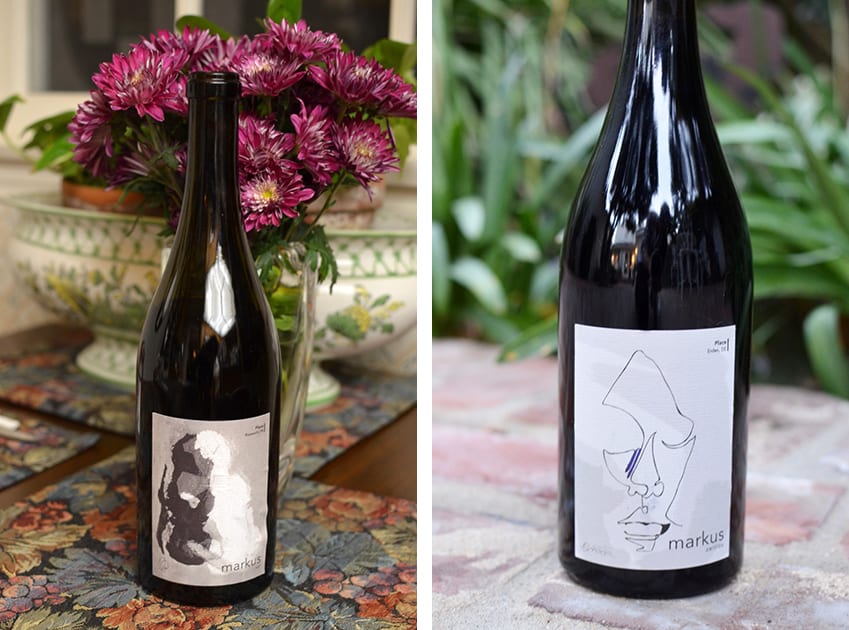 I think of Markus Niggli as the master blender, and after sampling all the red wine blends he now produces, I find like an artist, his palette and technique for combining varieties takes him to a level beyond most winemakers.

I first met Markus in 2017 when he was the winemaker for Borra Vineyards in Lodi.  Although Borra stopped producing wine, Markus still oversees their vineyards but concentrates on his wine brand Markus Wine Co.  At the time, I sampled some of his whites and later his Rosé.  All of which are outstanding. Of late I have discovered his Domo, Zeitlos, Sol, and Blue.

Markus is Swiss-born and came from a career in the travel industry.  As he began his 2nd career, he rose quickly in the ranks from his wine beginnings in Australia to Napa to becoming a winemaker.  His mastery of grapes comes through in his blends.  Perhaps it is his European roots that give him a different outlook on producing wine.  His wines can be characterized by more acidity.  His philosophy is to use native yeast in fermentation with minimal oak influence mostly.  It is about fruit and aging, but Markus is not afraid of experimentation with varieties and textures.  He thinks outside the box.

This fact is not only true of his wines but also of the labels that represent each wine.  Markus works with Michael Leonard and his students at the University of the Pacific in Stockton to design his labels.  The imagery is about people, travel, and the places that impact us, and in this case, those that played a significant part in Markus’ life.  They are a collaboration and expressions that bring together his past career in travel with his current winemaking.

This article will only focus on the red wine blends of Markus Wine Co. Each one is worthy of merit and a place at your table.

On several occasions, I have sampled Domo which showcases the old vine Carignane that is produced in Lodi.  In the case, the Carignane is blended with Petite Sirah and Syrah. Although a lighter in body, the wine holds its own in depth and quality and displays flavors of plum and cherry with hints of pepper.  I also found some stewed fruit and some earthy qualities.

The label represents Markus’ current home in Lodi.  It is the place he and his wife are raising their family.  It is Markus’ base from which he can reach out to explore and experiment.

The wine blends mostly Syrah with Viognier, Carignane and Petite Sirah. This wine represents Markus’ take on Northern Rhone.  I found a well-integrated smooth and balanced wine with aromas of leather, tobacco, and vanilla.  The wine exhibited flavors of Cherry, mocha, mushroom, and some black pepper on the finish.  I recommend airing this wine before serving.

Zeitlos mean ageless and timeless and describes the European traditions of making wine along with the fact that wine crosses all eras and has memories for each of us.  The label for this wine reminds Markus of his visits to Erden, Germany, a special place for making Riesling.

The composition of Sol is Petite Sirah, Syrah, and Mourvédre.  The wine is the most elegant of Markus’ wines.  I found the aromas to be earthy with hints of tobacco and mocha.  Like most of the reds from Markus Wine Co, Sol is smooth, balanced and integrated.  Flavors of blackberry accented by white pepper.

Sol means soil in French and defines the basis of all winemaking.  The type of soil and its region determines the kind of variety to plant and the flavors that will come forth in the wine.  For Markus, it represents the soil of Alsace, France and reminds him of Riquewihr, a village in this region. It was the soils of this place that also impacted Markus’ philosophy for making wine.

Finally, there Markus’ take on Zinfandel.  In this case, it is old Vine Zinfandel from two different vineyards with some Petit Verdot and Petite Sirah added.  Another smoothly balanced and integrated wine.  Flavors of currant and stewed fruit invigorate while finishing with pepper and spice.

The label represents the journey Markus had in the 1990s in New Zealand.  During his visit, he spent time picking Blueberries hence the title Blue. It was also on this journey that out of the blue, the idea of moving to California began.

Markus with every one of his wines proves time and time again that he is a master of his craft.  Similar to a chef, he knows what grapes pair together to form a marvelous union that one enjoys with each sip.