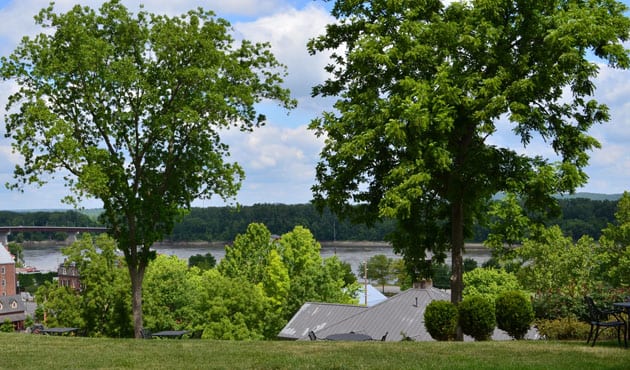 At one time, Missouri was the number one producer of wine in the United States. The history of Missouri wine is interesting because of its importance in our wine heritage and is intriguing especially for those traveling to Missouri Wine Country.

Growing wine in Missouri began in the mid-1800s where most early wineries were also breweries. The first Missouri wine regions developed were in Hermann and Augusta and resembled the riverbanks of the Rhine, drawing settlers because of its familiarity to their homeland.

It started with the German Settlement Society of Philadelphia who settled in the area in 1837. The Society wanted to establish a German “fatherland” in America. Hermann was the perfect location situated along the Missouri River with its scenic reminder of the Rhine River and adjacent picturesque rolling hills. Viewing Hermann today, one finds similarity to the Rhine Valley’s Rüdesheim. Mornings with the silent beckoning of the river and all its twists and turns leave the impression of being on the Rhine.

This post is an excerpt from an article in FWT Magazine.