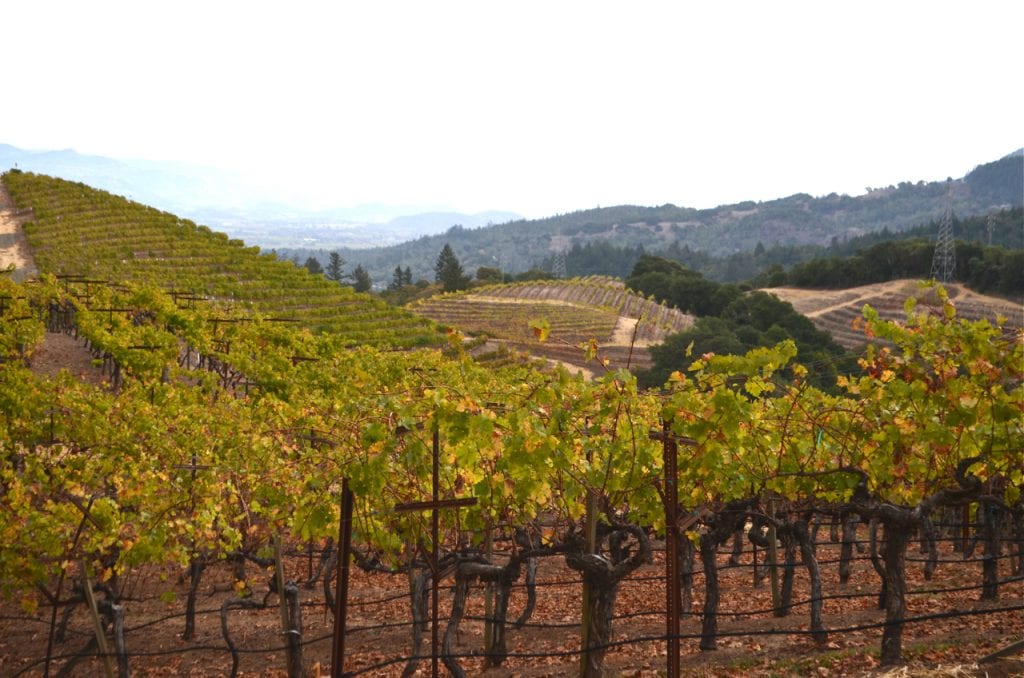 A vineyard is like a puzzle. Each block represents one of the pieces, and those, in turn, form a pattern that becomes the plot plan of the vineyard. There is a mystique behind the vineyard and every vine until each vintage comes to full fruition. In the case of Newton Vineyard, the puzzle has many meanings, and the winery itself is a mystery for many.

For Newton, the vineyard is the most significant piece of the puzzle, but  by narrowing down the process, it becomes more simplistic because of their purest approach to winemaking and their goal to work harmoniously with what nature offers.

Newton is located on the hillsides of Spring Mountain in a residential community making it a mystery to those unfamiliar with its unusual location and because, due to zoning laws, one can only visit and tour the winery with an appointment. When it was established in 1977, it was one of the first to be situated in this area just west of St. Helena on the eastern side of the Mayacamas range. Newton’s original owners, Dr. Su Hua, and Peter Newton saw the outstanding hidden potential that would make this winery what it is today.

The vineyards are terraced and scattered among mountainous vegetation. There are 120 acres planted at various elevations from 500 – 1600 feet. These are divided into 112 blocks made up of specific varietals, including Merlot, Cabernet Franc, Cabernet Sauvignon, Petit Verdot, and Chardonnay.

One must visit the Newton Vineyard to understand the scope of how this location on the rugged hillside impacts the grapes and, ultimately, the wine. It gives one the depth and true meaning of the word terroir. The stress this location places on the vines has a direct influence on the grapes and wine. The craggy slopes give way to magnificent views of Napa Valley and at its peak, sits Pino Solo, a lone pine that signifies the magnitude this mountain plays on Newton’s wine. Pino Solo also represents the logo on Newton Vineyard’s wine label. The single pine stands for the single-vineyard designation of the wines. 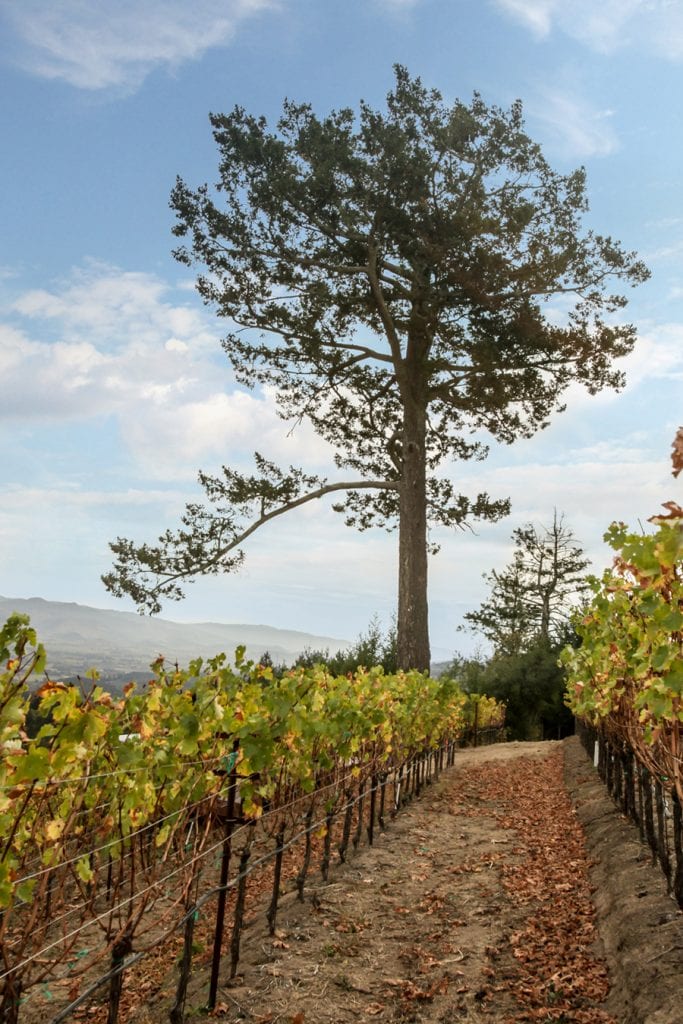 The winery’s surrounding gardens are landscaped with both Japanese and English influences, which juxtaposes the natural environment of the mountain. The spiral cypresses give way to the manicured English maze styled garden. Visiting Newton in the fall showed off the beauty of the changing of seasons with its red, gold and ochre colors. I can only imagine the spectacular colors of spring when all the flowers are in bloom. This, too, is another piece of the puzzle showing the diversity of this winery and the effects of human touch. 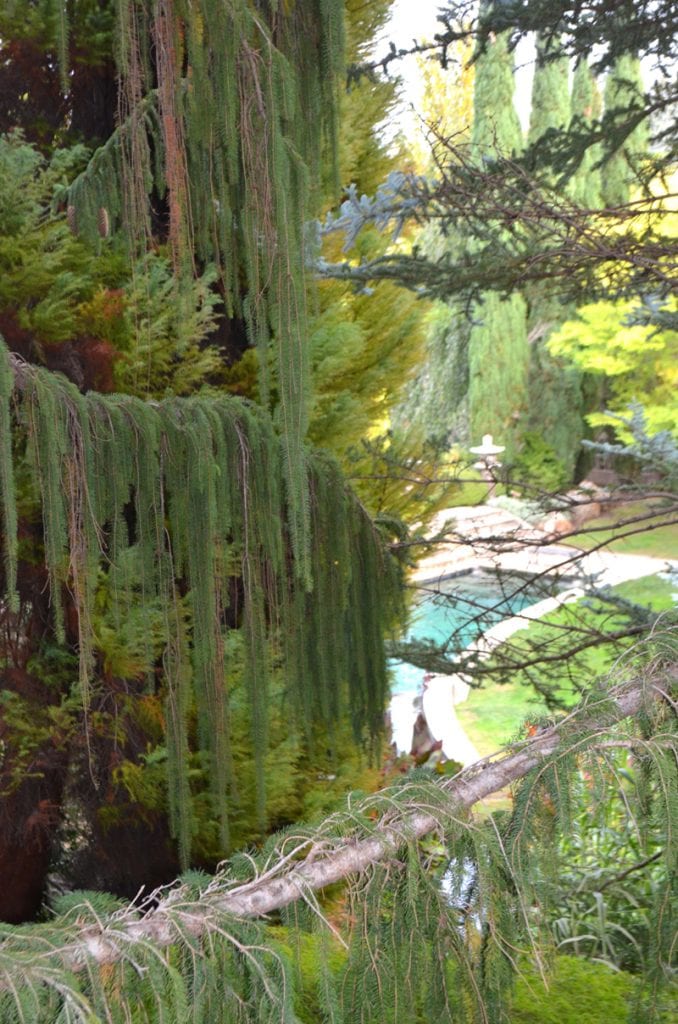 Peaking through the gardens

Peter Newton came from a background of journalism and then started Sterling International, a paper trading and manufacturing business. Later he was the co-founder of Sterling Vineyards in the 1960s, making him one of the forerunners in establishing Napa as a wine region. Peter was also one of the first to plant Merlot in Napa. After selling Sterling Vineyards, Peter and his wife founded Newton Vineyards. At that time, he concentrated on making Chardonnay and Merlot. Today the winery is a part of Moët Hennessy Louis Vuitton Company, which has added more emphasis on Cabernet Sauvignon.

The newest piece of the puzzle is the addition of winemaker, Robert Mann. Joining the Newton team in 2014, Robert comes from a family with roots in the Australian wine industry. After majoring in oenology and graduating from the University of Adelaide with a Bachelor of Agricultural Science, Robert has worked at various wineries in Australia, Italy, and California. With Newton Vineyard’s emphasis on purity of the grape, especially that of the Cabernet Sauvignon varietal, it was a natural to bring Robert into the picture. His love of this varietal was prominent when he worked at Cape Mentelle in the Margaret River region and now allows him to do the same at Newton.

Carrying on the primary principles of winemaking and the philosophies Peter Newton established in 1977, the winery is known worldwide as creating barrel-aged, unfiltered wines with natural fermentation. Using old-world techniques and fermenting each parcel separately accomplishes this by letting the fruit speak for itself. 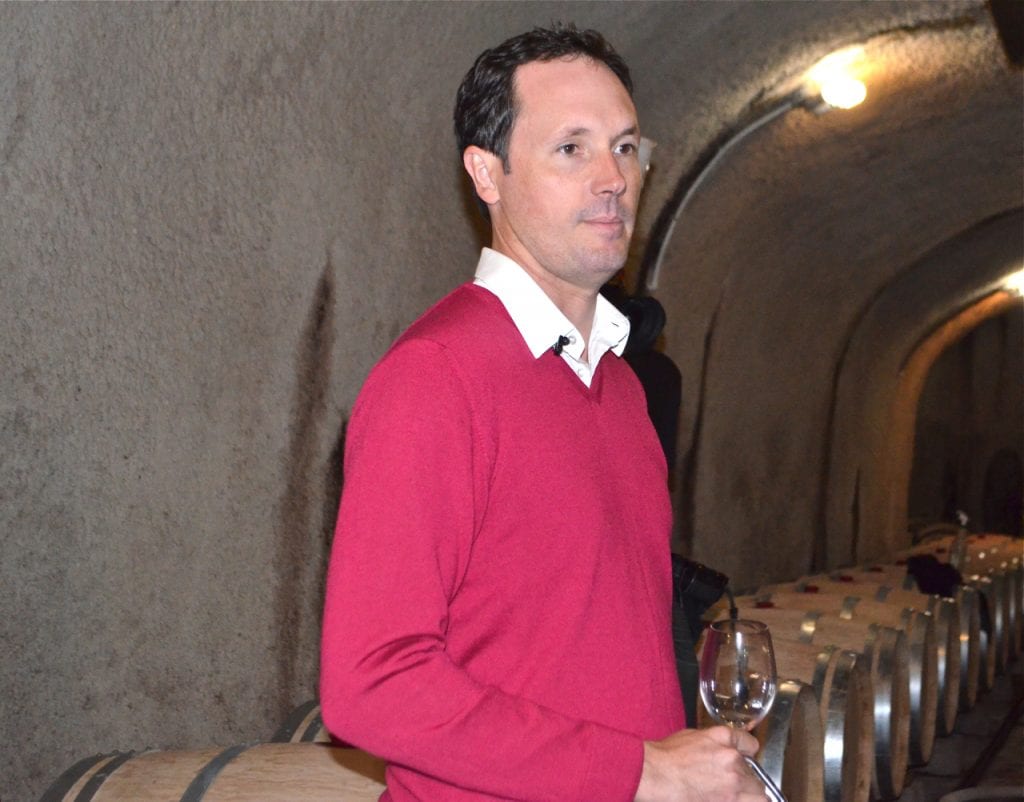 Utilizing sustainable practices long before it was common also sets this winery apart from others and is a part of the winery’s mystique. These aspects bring the winery and vineyards in harmony and balance out the puzzle. The most interesting of these is the system of energy conservation. A cave system underneath the winery creates a naturally cool environment to ferment and age the wine. The winery is built beneath the rooftop English styled garden. This garden provides insulation for the Chardonnay fermentation. 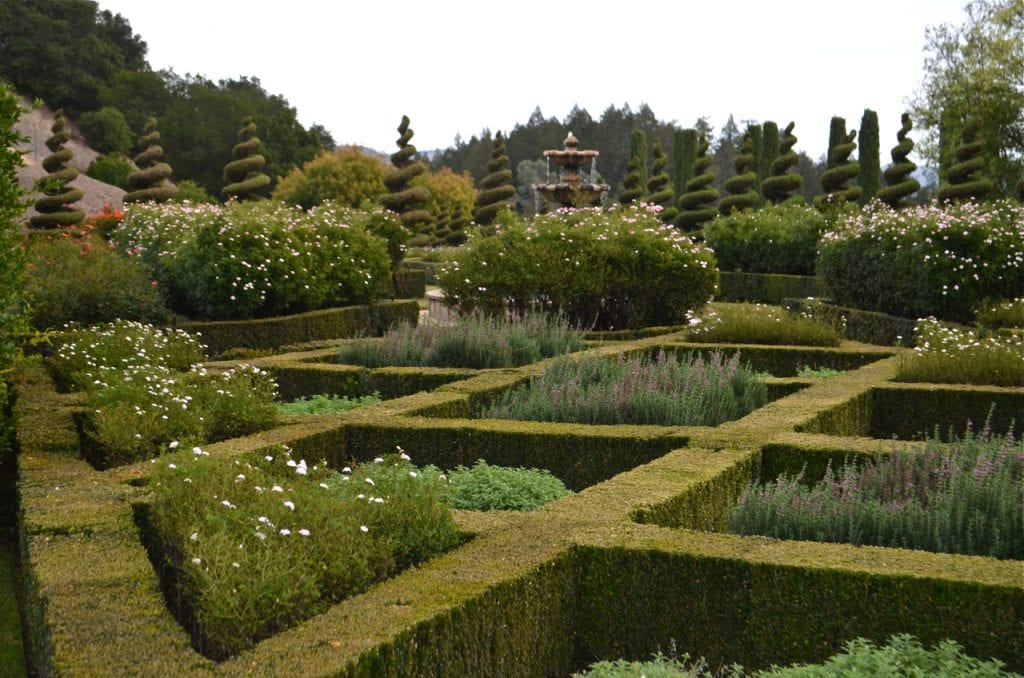 On my visit to the winery, I had the privilege of barrel sampling many of the wines produced by Newton Vineyard. The sampling included the different clones that make up the Chardonnay, which exuded citrus aromas and flavors. With the Cabernet Sauvignon, one of the barrel samples had just spent four weeks on the skins.  It had distinctly prominent young flavors of green pepper, tobacco, dark fruit, and mocha. The barrel sample from 2013 was much brighter with dark cherry and licorice flavors showing what maturity gives to the wine. 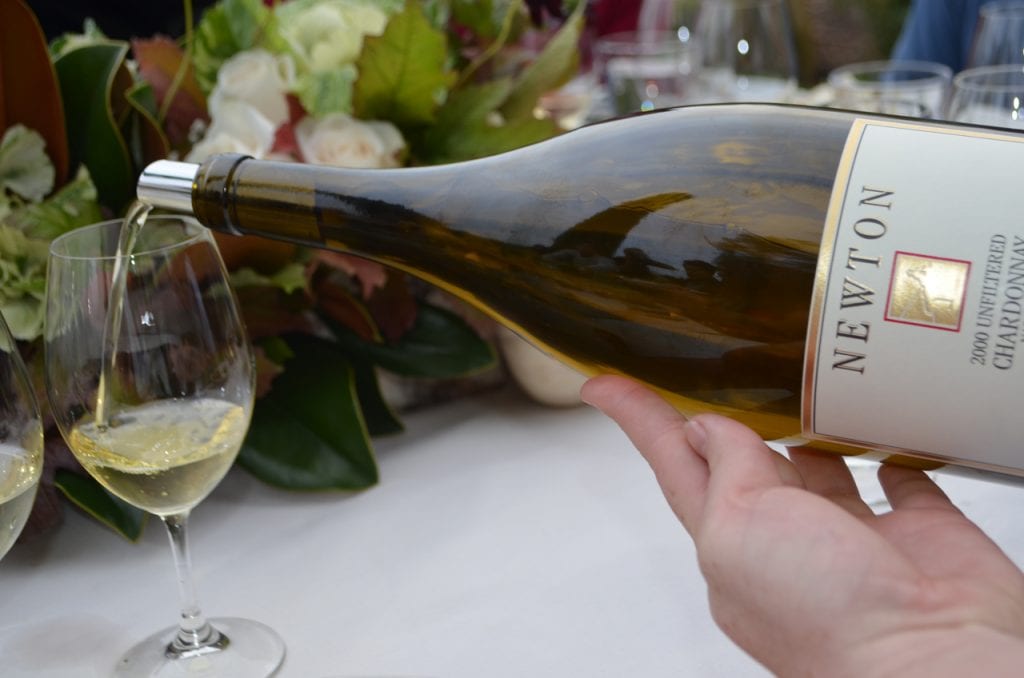 My visit included lunch on the terraced garden that overlooked Napa Valley. With our meal, we sampled the 2012 Unfiltered Chardonnay. The wine was fresh, crisp, and bright with a palate of stonefruit and citrus. We compared this Chardonnay with a 2000 Unfiltered Chardonnay. It also had a fresh flavor but was more toasty and caramelized.

The 2012 Merlot is an elegant, soft and velvety with rich flavors of dark fruits such as blueberries and plums. There are also hints of mocha. 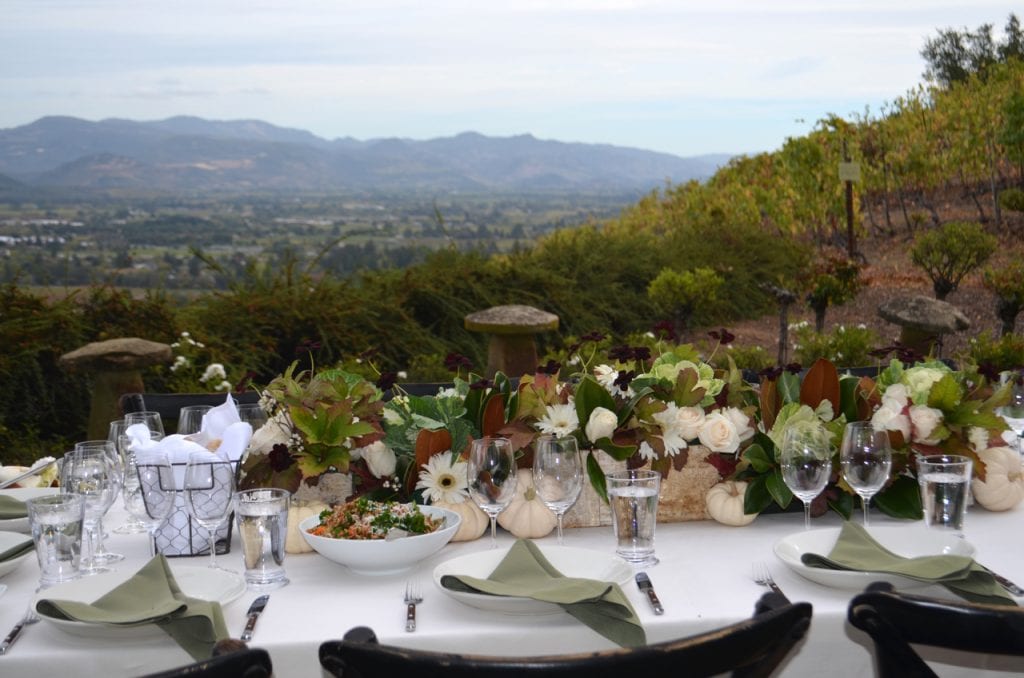 The 2012 Cabernet Sauvignon is complex yet balanced with flavors of mocha and dark cherry.

You might say the final piece of the puzzle is Newton Vineyard’s The Puzzle, a wine that represents the finest the Spring Mountain Vineyard has to offer. This wine solves the enigma of the winery as it harmoniously brings together in an artisan blend the best of the vineyard blocks each year. This wine exhibits dark fruit flavors of blackberries.  Its rich, silky texture and complexity sum up the meaning of Newton Vineyard.

By the end of one’s tour and tasting at Newton Vineyard, nothing is puzzling about this winery because you have seen the pieces all come together in harmony and balance with nature, the people who make it happen, and the environment both in the vineyard and inside the winery. 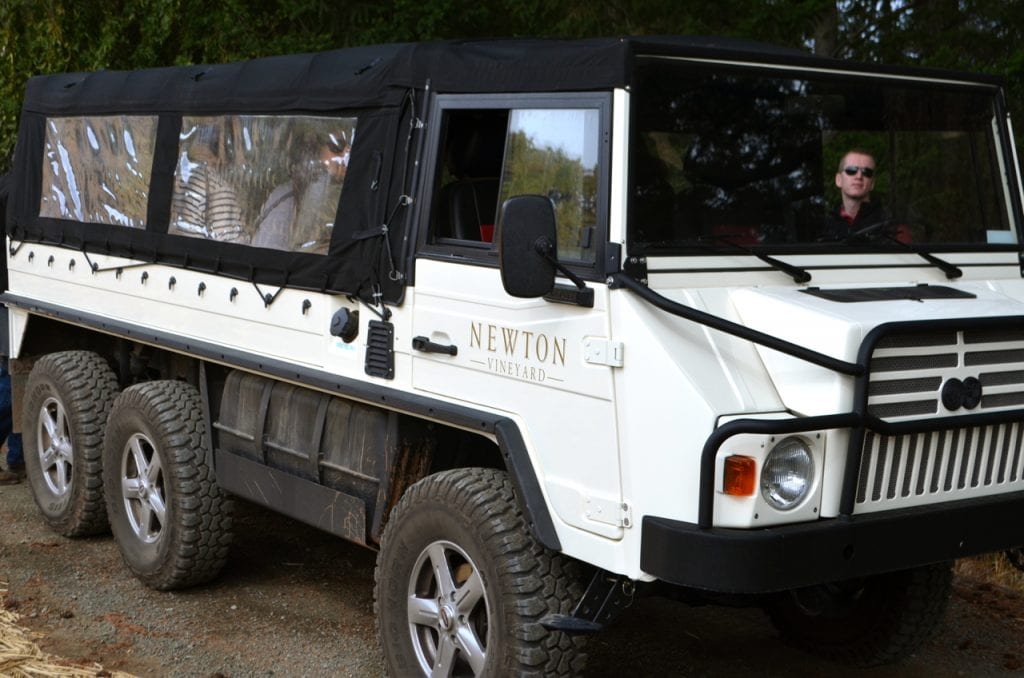 This hidden gem on Spring Mountain is a winery not to miss, especially knowing it helped establish Napa as a winemaking region. The winery continues forging its path as it unravels and reinserts portion of the puzzle in new ways and vintages.

Tasting and tours are by reservations only.