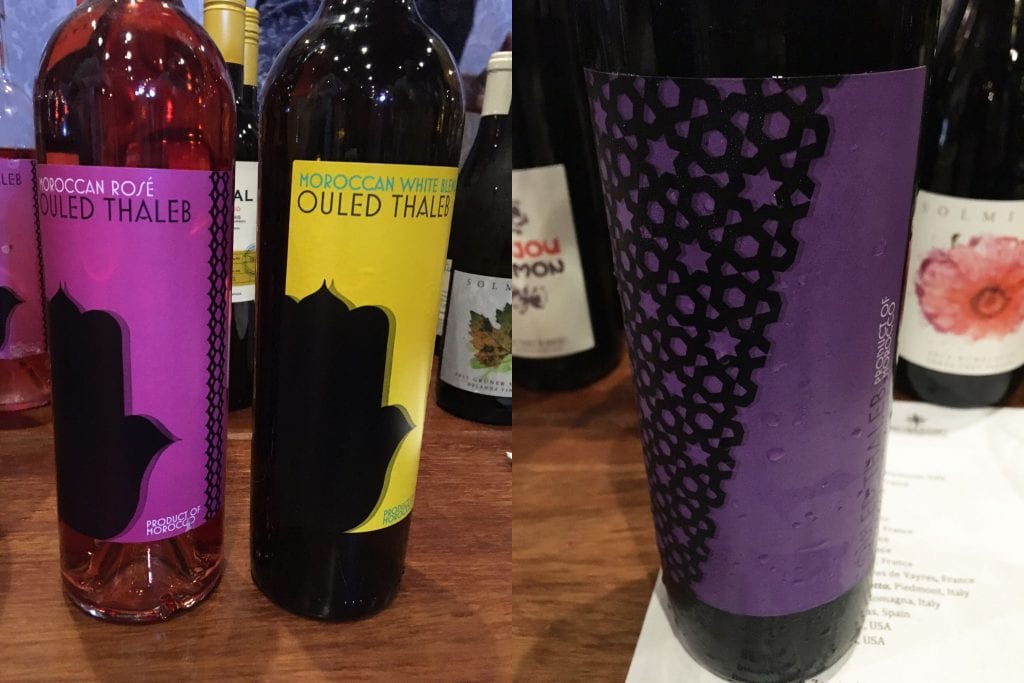 One would not necessarily think that Morocco would have a wine industry, but the country has an established wine industry that goes back to when the country was a protectorate of France from 1912 to 1956. One such winery, established in 1923 under this French rule, Domaine Ouled Thaleb represents the oldest winery in Morocco.

The winery is named after the tribe that owns the vineyards and located in the Zenata coastal appellation between Casablanca and Rabat. Although the days are very hot, the Atlantic coast brings in a cooling effect, especially during the night. The winery grows many French varietals along with an indigenous local grape called Faranah. The grapes are farmed organically.

The French who came to the area during its time under the protectorate established most of the wine regions. They brought their wine traditions with them. When Morocco gained its freedom, the wine industry went on the wane from about 1960 to 1990. Winemaking almost became extinct when many of the vineyards became abandoned or replanted with other crops. King Hassan II encouraged the wine industry to make a comeback and Domaine Ouled Thaleb became, the winery instrumental in leading the revival.

The Nordic Distribution represents the wines of Ouled Thaleb. Recently at a wine tasting, the Moroccan wines were available to sample.

The Ouled Thaleb Rosé consists of Syrah, Grenache, and Cinsault. The wine is crisp fresh with hints of savory.

Ouled Thaleb Medaillon Red blends Cabernet Sauvignon, Merlot, and Syrah, which then ages 12 months in mostly neutral French Oak. With notes of cherry and plum, the wine a very pretty.

Ouled Thaleb Syrah ferments in concrete tanks and ages for 12 months in mostly neutral French oak. With flavors of dark fruit and a smoky finish, this wine represents an old-world style.

Ouled Thaleb Signature, combines Marselan, Petit Verdot, and Carmenere. Marselan is a French wine grape,  a cross between Cabernet Sauvignon and Grenache. This wine is very together and integrated with flavors of berries.

Finally, there is the Aït Souala combines Arinarnoa, another French varietal, Tannet, and Malbec. This wine ages 24 months in French oak and traditional cement.