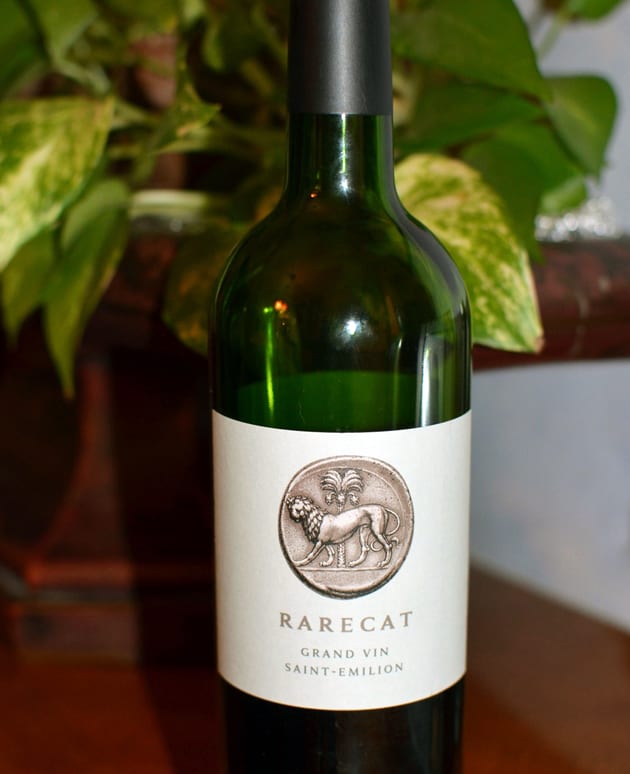 Like the winery’s name, the Rarecat Saint-Emilion is a rarity for both Rarecat Wines and the California wine industry. The story behind this wine is also something unique that signifies the philosophy of winery owner Sharon Kazan Harris.

Rarecat Wines are defined as single-vineyard wines that often do not reveal themselves all at once as was the case with Rarecat’s Saint-Emilion. The wines are beautifully elegant and exude a feminine Character.

You may ask yourself why does a California vintner make Saint-Emilion. It started at the age of twenty when Sharon had a once in a lifetime experience that changed her life forever. While an undergrad at UCLA, studying international economics, she had a chance to study abroad. This trip took her to Bordeaux where the President of the University of Bordeaux’s wife befriended her. Though this friendship she was taken on a private tour of Château Haut Brion lead by Monsieur Delmas. After this experience, she was drawn to Bordeaux and winemaking but put thoughts of being involved in the wine industry on the back burner.   Instead, she went into the world of publishing and technology.

The Bordeaux adventure never left Sharon’s mind, and in 1999 she purchased vineyards in Calistoga. In 2000 she began planting her vineyard. Today you might say Sharon is bi-continental because she has a home both in Napa and in the heart of Bordeaux, Saint-Emilion.

Sharon’s enology education occurred when she had a rare opportunity come her way; she was accepted in the Diplome Universitaire d’Aptitude a la Degustation des Vins at the University of Bordeaux. Needless to say, Sharon’s winemaking prowess is deeply rooted in the Bordeaux style.

Sharon never forgot her roots in the discovery of wine and winemaking, so it now becomes apropos that she honor her early background and create Saint-Emilion. This feat is an achievement because no other American let along a woman has exceeded in this undertaking.

The Saint-Emilion is from a vineyard in the “Villemaurine secteur” of the region. “RARECAT, through a long-time friendship, has special access to a world-class vineyard in Saint-Emilion which is located on the prestigious “Plateau de Calcaire.”  The same family has owned and farmed the vineyard for three generations. Access to this amazing vineyard is the result of friendships dating back several decades.”

The Rarecat Saint-Emilion is a combination of Merlot and Cabernet Franc. It ages in 50% new French Oak. This French Bordeaux wine has a California twist. It is more fruit-forward. The aromas are those of currants and mocha. The flavors are those of black fruit, boysenberry, and currants with notes of cumin. The wine is earthy and has a slight mineral quality to it. It is a medium to full-bodied wine.