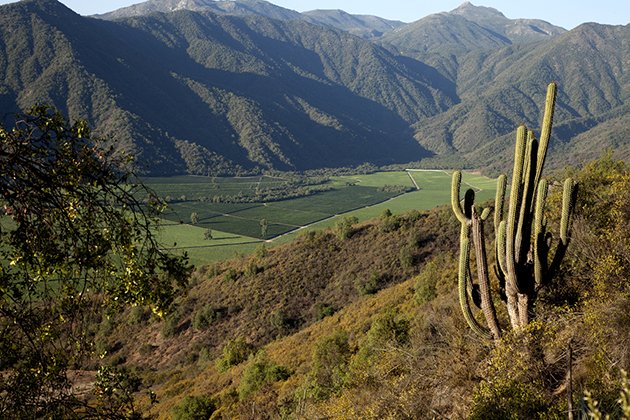 A ritual is defined as a daily action performed regularly. It can be a custom, practice, or even a habit. We all have daily routines that inspire us to get through the day. During COVID, it might be the Ritual of a virtual wine tasting. We began this practice in 2020, and it will continue through 2021. Taking the concept a step further, while the custom of the virtual tasting has become the norm, it is the winery and winemaker that have certain rituals that embody each glass of wine.

This notion is the backbone of Ritual Wines. For this winery, the meaning is expressed as follows: “Ritual is a labor of love. It connects us to the land we farm, to healthy living soil, and to the daily rituals of artisanal winemaking.”

Located northwest of Santiago and considered Chile’s coolest wine-growing region. With its sandy-clay soils, this cool-climate region is known for its white varieties, primarily Chardonnay and Sauvignon Blanc. Pinot Noir is also becoming popular to cultivate in the area.

The area, a designated Denomination of Origin (DO) in the Chilean appellation system, is defined by a 30 km length that spans from the eastern border of the Valparaiso Province. Vines were planted in the mid-1980s, making it a relatively young region. The Pacific Ocean’s cooling influence caused by the Humboldt current that flows up Chile’s coast from Antarctica brings in the morning fog, creating a diurnal temperature shift, and ideally suited for cool-climate grapes.

Their process is steeped in Ritual from the ground on up to the process. It is winemaker Sofía Araya’s goal to create wines with minimal intervention, thereby showing off the place.

Through organic practices, the winery strives to produce wine that honors the environment and develops the rituals that make the wine an outstanding representation of Chile’s offers.

Currently, at the helm is winemaker Sofia Araya. Born and raised in Chile, she brings her family’s customs into her winemaking practices. During her time at college, she also was a winemaker at Casa Lapostolle in Apalta – Colchagua Valley. Upon graduating from the Universidad de Chile, Sofia worked four years at Luis Felipe Edwards in the Colchagua Valley. Sofia then worked at Aresti Vineyard in Curicó Valley. She became the Assistant Winemaker at Viñedos Veramonte in 2009.

Sofia’s destiny brought her to work in the Colchagua Valley, in addition to the Maipo Valley. As Ritual Wines changed its focus to farming and winemaking organically, it became natural for Sofia since her experience already involved these practices. She now leads the winery’s organic project.

Like the Primus wines, Sofia’s style brings an elegance and softness to the wines, making them very drinkable.

I first sampled the Ritual Wines at a tasting in 2016, where a different winemaker influenced the Sauvignon Blanc, Chardonnay, and the Pinot Noir. That year I tasted the 2015 vintage; my favorite was the Sauvignon Blanc. Fast forward to today, I favored the Chardonnay. This time around, I was tasting different vintages. Looking back at my notes, the process for fermenting and aging the wines seems very similar. It shows how the weather and growing conditions play a role in the outcome of the wine. In this case, the winemaking cultivation rituals remained the same, but the environmental influences affected the outcome.

In 2019 the growing conditions did not see extreme diurnal shifts allowing for grape harvest ten days earlier than usual. After the whole-cluster-pressing part of the Sauvignon Blanc ferments in concrete eggs, another portion in neutral oak barrels, and the rest in stainless steel. The wine then ages eight to ten months.

The wine delivered lots of acidity with citrus and floral notes on both the nose and palate. At the back of the palate, I found the distinct flavor of stone fruit.

The season saw more rainfall and the temperatures more moderate, making maturity come more slowly. Using whole cluster pressing, a portion of the fruit ferments in concrete eggs, about 20%, enhances the texture and flavors. The rests ferments in oak barrels, of which 20% are new, and the remainder ferments in neutral oak.

Think of this Chardonnay as reminiscent of a French Sancerre. The delivery is very fresh, balanced and lovely. I found creamy textures to this soft, elegant wine that expresses citrusy flavors.

In this case, a portion of the whole-cluster Pinot Noir grapes fermented. The wine then ages eleven months with 20% in new French oak.

This medium-bodied Pinot exhibits earthy aromas of cherry and raspberry. The delivers savory qualities upfront and sweetness, cherry flavors at the back of the palate.

As you sip the wine, try to think of your wine tasting ritual evolves as you sample more wine.

Photo credit for the featured image goes to Viñedos Veramonte.