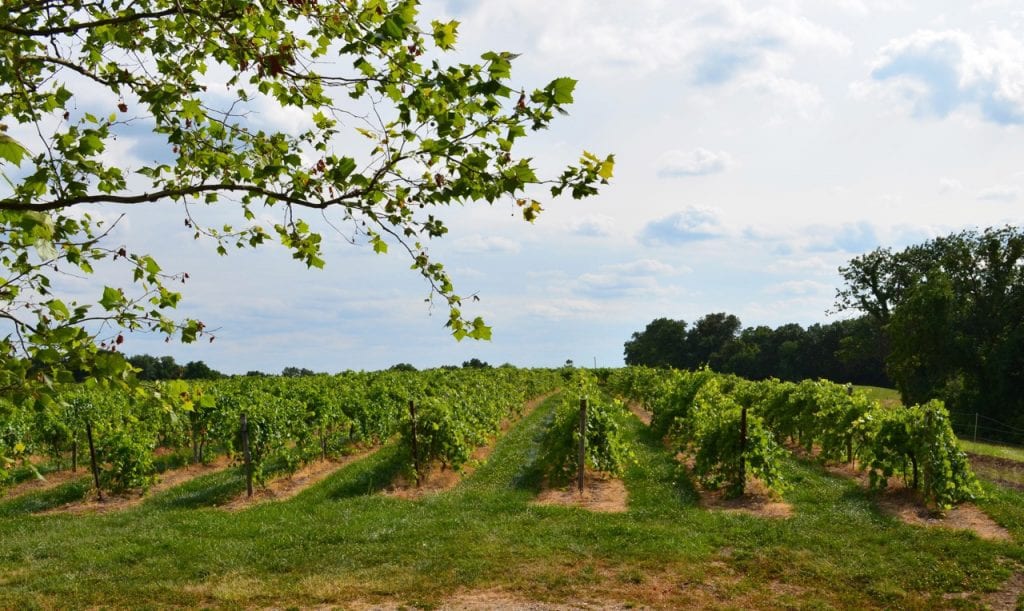 The wine industry has played a significant role in both the history of Missouri and the United States. Our wine heritage must include Missouri wine because the state was the number one wine producer in our country during the mid-1800s and also home to the first AVA in the US Appellation system. After several visits to Missouri, the wine produced has undergone many positive changes.

Although the winemakers seem to prefer creating dry wine, the area catered to those liking sweeter wines. Now the trend has shifted towards dry wines, and the quality has improved.

My visits to Missouri typically involved a dog show, but during a 2010 excursion, I discovered Hermann and St Genevieve. I returned in 2012 and visited one of my favorite wineries, Röbller, and also learned about Jersey cow cheese. In 2018, I returned to visit four of the five wineries that make up Augusta, our fist AVA.

In 2019 I give a seminar on Missouri wine to wine writers in Los Angeles. This seminar convinced me that the Missouri wine industry had grown in a new direction. In 2010 I found red varieties like Norton and Chambourcin a little too harsh for my taste, but this changed as the wine today has more character, balance, and smoothness. Could my palate have developed to appreciate these wines or were the wineries producing wines with a more continental style? I opt for the latter.

To understand Missouri wine, one must know its history. In the 1830s German immigrants from Pennsylvania decided to settle in the area of Hermann, Missouri. They also settled in Augusta, then called Mount Pleasant, a riverboat landing along the Missouri River. The area reminded them of their homeland along the Rhine River Valley and was a fertile area for growing grapes.

This excerpt comes from an article I wrote for Big Blend Magazine.

Note: Common to the travel and wine industry, this writer attended several hosted Missouri wine winery visits. While it has not influenced this review, the writer believes in full disclosure.