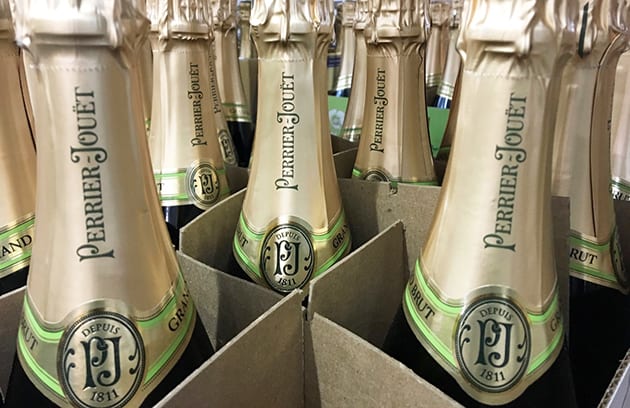 When people are shopping for New Year’s Eve, they often ask their local proprietor,” where’s the Champagne”? But are all Bubbly wines Champagne?

No. While most people don’t differentiate between different types of sparkling wine, there are differences.

Champagne is grown and made in the Champagne region in France. The wine made there is the oldest and most refined method of making sparkling wine and, therefore, the most expensive. The wine undergoes two fermentations: one -before being bottled, as in other wines, and a second in the bottle, when the unfiltered wine, with its residual yeast, starts to consume the sugars in the wine-producing CO2 and the resulting fizz. Champagne is known for its bready aromas and flavors and for the mineral flavors it derives from the chalky soil in the vineyards. They are often aged in the bottle for many years before being released to the market. This aging allows the flavors to integrate and develop secondary and tertiary flavors and aromas, making for a more complex wine.

Prosecco is a sparkling wine made in Italy with much less strict standards than champagne. It is produced in a tank, and the bubbles from the second fermentation are already in the wine when it goes into the bottle, so no fermentation is necessary within the bottle, making it much simpler to produce. (Exception: Some Prosecco Superiore is produced in a method similar to champagne.) The bubbles themselves are known to be less fine, and the taste is more fruity than champagne. It is best when consumed within six months from bottling.

Cava is made in the eastern part of Spain in a manner more similar to Champagne than to Prosecco. They can be aged for a time- but usually not as long as champagne. The flavor is usually nutty, and the wines drier than Prosecco.

There are other types of sparklers, but these are the most commonly seen here in the States and enthusiastically clinked across the western globe on New Year’s Eve.