Priorat is considered one of the most prestigious Spanish wine regions and one of two DOQ in Spain. In comes Clos Mogador, a family-owned winery started in 1979 by René Barbier, whose family had been producing wine in France since the 19th Century. This French family represents one of the frontrunners in this Spanish wine […] 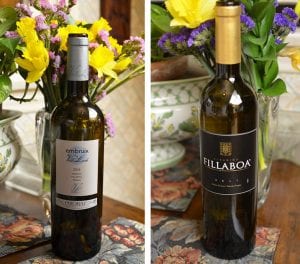 Let’s delve into the wines from two specific wineries in Spain. Both exemplify the wine regions they represent, but together they tell the inherent story of Spanish Wines. Rias Baixas One sees the Spanish affinity to the white varietal Albarino as profound. The variety is probably Spain’s most popular white. Most Albarinos come from the […]