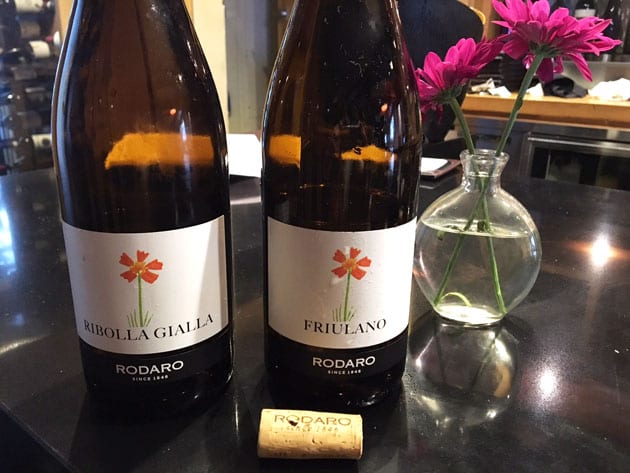 Studying the various wine regions of Italy, an appellation that plays a significant role in both Italian history and in the production of wine is Colli Orientali Del Friuli DOC. The area is well known for producing white wine, but it differs from neighboring districts because red wines are also produced. Colli Orientali Del Friuli was the topic of discussion at a recent seminar offered by NASA, North American Sommelier Association, and included a selection of wines from Rodaro.

Rich in history, Friuli came into being during the era of Julius Caesar. At the time, Italy was constantly invaded from the north. To combat these intrusions, Caesar built forts to protect and stop the invasions. The forts supplied the troops with food and drink. Thus crops and vines were planted on the eastern slopes adjacent to the fort. In Italian, the word for eastern is Orientali, and Colli means hill. Friuli is derived from the Forum of Julia and honors Julius Caesar. Hence Colli Orientali Del Friuli means the Eastern hills of Fruili.

In 1787 the first full registration of the Friuli vineyards occurred. Before the country of Italy was officially established in 1861, the region was part of the Republic of Venice. In 1970 Colli Orientali Del Friuli officially became a DOC.

Colli Orientali Del Friuli is located in the northeastern part of Italy. Lying on the border of Austria and Slovenia, much of its culture and influences are pulled from these two countries.

Colli Orientali Del Friuli is sandwiched between the Dolomites, a mountain range leading into the Southern Limestone Alps, and the Adriatic Sea. Both areas influence grape growing in the region. The cool winds from the mountain and the wind from the sea create diurnal temperatures that fix the acidity and intensify the aromatics. Because of the high winds, there is low yields. The wind blows away many of the flowering buds in the springtime, creating floral abortion.   This action gives the wine more concentration and substance.

The soils are predominately Flysch, a combination of marl, limestone, clay, and sandstone. The sandstone gives the wine elegance, clay the power and structure, while the limestone instills minerality.

The region is divided into three subzones: Ramandolo in the north, Cialla in the middle, and Corno di Rosazzo in the south.  Within these zones, there are 11 denominations.

Friulano is the most known grape in the area. It produces a wine with more texture and viscosity and typically has flavors of almonds.

Verduzzo produces wine with higher acidity. Although dry wine can be made from this grape, it is usually made into a dessert wine that exudes the flavors of green apples.

Ribolla Gialla produces a wine that is refreshing, and lighter in structure and body.

Picolit is a grape used in dessert wines.   Frequently it is made in the Passito style that utilizes dried grapes. 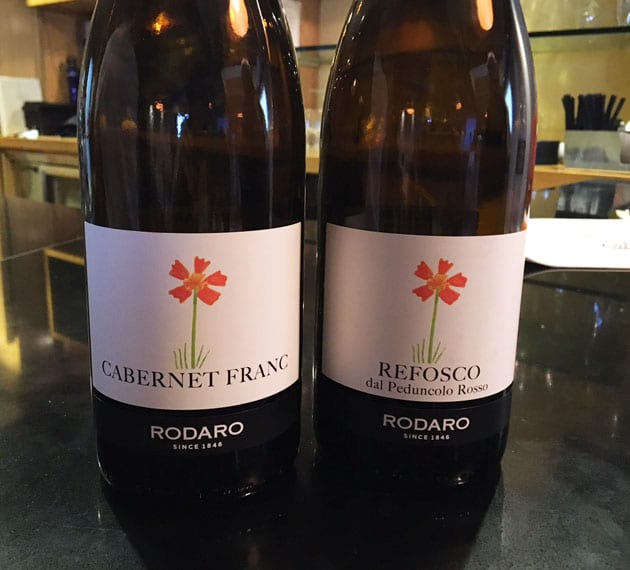 Refosco produces a wine that is deep and dark in color. The wines can be more tannic with a slight but pleasant bitterness. There is a root quality to the wine.

Pignola also makes a tannic wine, but it is considered long aging. This varietal is reminiscent of Sagrantino Pignola means fussy in Italian, and describes some of the attributes of this grape because it can produce low and uneven yields. 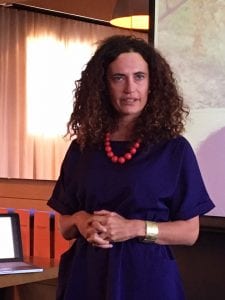 prominent in the flavor profile. Often the wine has high Brett.

Rodaro Paolo Estate is a 6th-generation winery that was established in 1846.   The passion and philosophy behind the wines of Rodaro come from the heart, utilize research, and at the same time maintain the tradition. The wines are clean, eco-friendly, and bioorganic, meaning they are a sustainable winery using both biodynamic and organic principles in their farming.

Lara Boldarino, marketing and sales director for Rodaro, presented their Il Fiore (flower) series of wines including Ribolla Gialla, Friulano, Cabernet Franc, and Refosco. The Ribolla Gialla Rodaro 2015 was very fresh and clean with elegance. The Friulano Rodaro 2015 was rounder and bigger wine. It was interesting to note that the Cabernet Franc Rodaro 2015 was aged in stainless steel and was very herbaceous with its low alcohol levels. The Refosco dal Peduncolo Rosso Rodaro 2013 was rounder and denser with its earthy aromas and jammier flavors.

Although Colli Orientali Del Friuli is a small wine region, its importance in Italian history, its native varietals, and winemaking prowess give the area grandeur that overshadows its size.