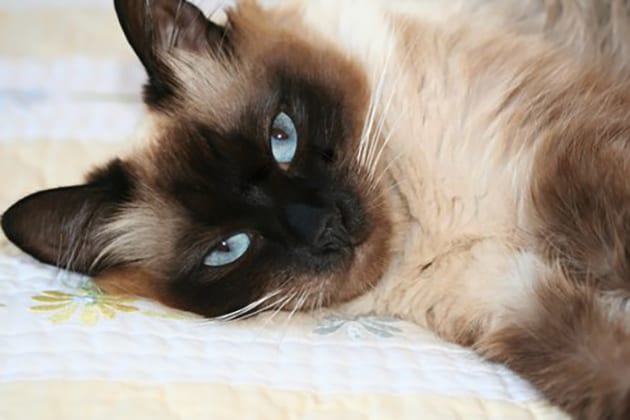 The last few months have been a funnel of activity. Between moving to Florida, the ill health of our two cats, and some family squabbling, it has been a real strain. Perhaps there was a lesson we needed to learn from all these challenges, some cat message that would make sense of it all.

But sometimes, life throws you a curveball, and you have to swing. It was our turn in the batter’s box.

Being a caretaker takes its toll on anyone who undergoes this task, and the two of us were fighting almost every day regarding the health of our two cats.

What surprises would we encounter when we got home? Would it be barf, pee, diarrhea, or all three? Life wasn’t pretty or fair. But it was time. Time to lighten our burden. Time to put them to rest.

Our oldest cat was 20 years old and had lived far beyond his expectancy. That was a no-brainer. But the other one was questionable. Holly seemed healthy, but she wasn’t.

Her insides were scrambled like they were in a blender. No amount of medication or dietary changes showed any improvement.

When we came back from Florida, after making a decision to move there on a semi-permanent basis, we knew it was time to put down both of our animals. Ushering older pets back-and-forth is not something that is healthy for anybody, and we knew that this decision, difficult though it was, seemed the right thing to do.

We took them both to the vet. Of course, the doctor tried to suggest heroic efforts to keep them alive. They always do. But we remained firm in our decision.

And then it was over. Our two cats were lying next to one another like they were simply taking a nap.

We went home and sat in the loud silence. It was deafening. No nails clicking on the floor. No begging for food. And no more mess. The house was now spotless, but the lack of noise echoed through the rooms as we sat wallowing in our loneliness.

And then, one evening, something strange happened. I was neither awake nor asleep. They call it a visitation, and indeed that’s what it was.

Our eldest cat, Sparky, was in the den where I do my writing. In my semi-conscious state, I looked at him and said, “Oh, there you are!”

But I soon remembered that we had put him down. So what was he doing here? Sparky looked like he did when he was about seven- so muscular, healthy, and alert.

I told my partner about the incident. We were both elated. A weight was lifted.

Knowing that my cat was in a better place was very comforting for both of us. I think Sparky was just coming back to let me know that he was OK.

Although it is quiet in the house now, I knew by his visitation that we would see one another at another point in time.

Perhaps our younger cat Holly will come to visit me, delivering a cat message as well. That would be so comforting and make the circle complete.

A note from Cori Solomon: Many believe that sometimes our pets come back as Guardian Angels. They often come back when we are in a dreamlike state.  For writer Mary McGrath perhaps Sparky is her guardian angel, letting her know through a cat message that he is fine but at the same time looking after her to make sure she is okay.

Mary McGrath is a freelance writer living in Los Angeles. She has been the proud mother of one dog and five cats. Her work has appeared in many publications, including Newsweek, Chicken Soup for the Soul (2019), Purple Clover, Better After 50, Good Housekeeping, and many others.