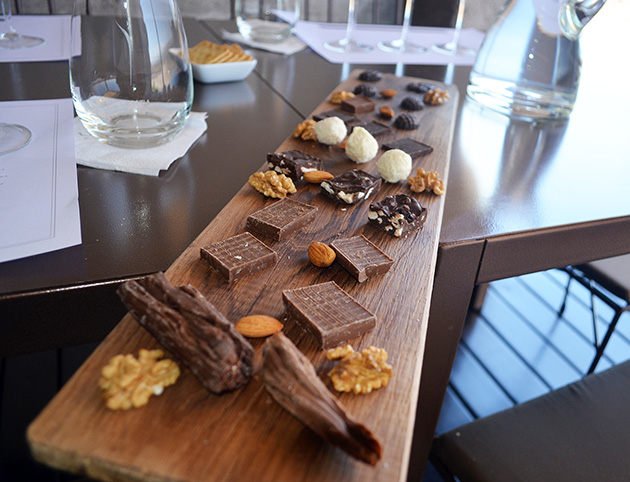 Chocolate has been around for civilizations, so when World Chocolate Day comes around July 7th, there is so much to know about Chocolate than what you see and taste. Wars were fought over chocolate. A civilization saw its demise over chocolate. There are also health benefits to eating dark chocolate bars, so let’s delve into this divine confectionary.

Chocolate came from Mesoamerica, where the cacao tree originated. Many thought its origins were in the Amazon Basin of Venezuela. It migrated to Central and Mexico. The Olmec Mayan and Aztecs cultivated cacao and used it as currency and as a sacred ceremonial drink. These drinks were often known as the “Food of the Gods.” In those days, the chocolate was bitter and fermented into a drink.

For the Mayans, chocolate was a big-money crop. They fought wars over it. They overproduced the chocolate and neglected their food crops, so when a drought occurred, they had no surplus of food to fall back on. Lack of food was one of the reasons the civilization collapsed due to economics.

During the Spanish Conquest, Hernán Cortéz was the first to discover chocolate in Montezuma in 1519. Later in the mid-1500s, sugar was added first imported to Europe.

Chocolate production evolved during the Industrial Revolution. Production moved from the new world to Asia and Africa, where manufacturers relied on slave plantations and child labor. Many scandals arose, and some still exist today. If you look at a map, cacao grows south of the equator.

Most of today’s chocolate comes from the Ivory Coast or other parts of Western Africa, including Ghana, Nigeria, and Cameroon. Production has made chocolate a big business and generates $40 billion. The giants in the industry are Hershey’s, Mars, Barry-Callebaut, Nestle, and Cadbury/Kraft.

As we know, chocolate comes for the cacao tree. The cacao pods harvest twice a year, and the time of year depends on the region. During the process of making chocolate, the terms cacao and cocoa are used. Cacao refers to the raw bean before roasting and cocoa refers to the bean after roasting.

Like wine, the process starts with fermenting of the pods and pulp for five to seven days. The next step is similar to the Italian Appassimento technique of drying the grapes before using them. For cacao beans, they typically dry in the sun. The cacao grower usually does these first two steps.

The chocolate manufacturer or maker usually takes over from this point. Similar to coffee, they roast the beans. The length of time to roast the beans is at the discretion of the maker. Each chocolatier has a particular method of roasting.

The next step in the process is cracking and winnowing. Each bean has a thin paper-like shell that needs to be removed. The method of cracking and removing the shell is called winnowing. What remains is pure cocoa beans knows as the nibs.

The nibs are ground until they become a paste or what is known as cocoa mass or cocoa liquor. Cocoa butter is extracted from the mass with a hydraulic press. The butter is often used to make the chocolate smoother. The remaining mass transfers to a conch, a machine that continues refinement. The conch plays a vital role in the flavors one tastes in chocolate, and the length of time depends on the maker.

Next, the chocolate is tempered, which raises and lowers the temperature of the chocolate to form crystals. Large production uses a machine to temper while small craft companies often use their hands. Finally, the melted chocolate moves to molds to cool before wrapping.

Chocolate has many health benefits. By eating 20 – 30 grams of dark chocolate a day, one reaps the most benefits. These advantages include cardiovascular health. Flavanols clean the blood of cholesterol and also act as an anti-oxidant. At the same time, chocolate can lower blood pressure and acts as an anti-inflammatory. Another plus is brain health. The confection stimulates serotonin.

Like wine, some of the smaller producers make the best chocolates. Your palate is the best judge of the taste and quality. Some of the top craft producers include Scharffen Berger, Steve DeVries, Claudio Corallo, Patric, and Rogue. Some of the more contemporary chocolatiers are Askinosie, Tazo, Republic, Ritual, and Michael Reccuitti. For more traditional makers, look to Bemchon, Bonnat, Pratus, and Amadei. These craft makers are redefining what makes us like chocolate. They create new flavors, change the textures, and demand new techniques in the growing process. These new trends in chocolate production often make the demand increase.

It is recommended when tasting many different types of chocolates that one cleanses there palate between each chocolate, which includes the type of chocolate. The best palate cleanser is a glass of water, preferably warm water or at least room temperature.

World Chocolate Day, also referred to as International Chocolate Day occurs every year on July 7. Some think the day celebrates the day chocolate the introduction to Europe on July 7, 1550. The celebration includes indulging in most people’s favorite treats. Let’s enjoy paying tribute to a day of chocolate by savoring your preferred culinary delight, whether a candy bar, a brownie, cup cocoa, a slice of fudge cake, or chocolate pudding.