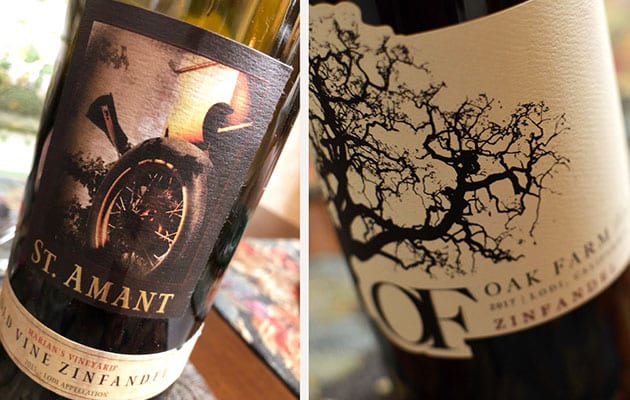 Although Lodi grows many different varietals, the area is also known as the Zinfandel capitol of the world. Of late, I have enjoyed two Zinfandels that attest to the regional heritage of producing exceptional Zinfandel wine.

Lodi dates back to the 1850s. In the 1880s, Zinfandel was one of the primary grapes grown in the area. For many winegrowers, their family lineage lies in Lodi going back as far as four and five generations. Lodi wine received its AVA designation in 1986. Not only is the area known for its Zinfandel wine but primarily old vine Zinfandel with many of these old vines survived Prohibition.

When we think of old vine Zin, we think of the historic old vineyards of Lodi. The region has eighteen designated historic vineyards. They are vineyards planted prior to 1960. Some of the more famous vineyards include Marian’s and Mohr-Fry.

In the case of the two Zinfandels I sampled, one represented a mixture of both younger and old vines, and the comes from one of the oldest vineyards in Lodi. They each represent Lodi’s past and present.

Oak Farm’s property dates back to the 1860s when William DeVries purchased the ranch. Sitting on the property is a grand colonial style home that is reminiscent of Tara in Gone with the Wind. The winery and the home lie amongst oak trees, most of which were planted by Devries. The Panella family bought the property in 2004. As a third-generation farmer in Lodi, Dan Panella takes pride in cultivating his family’s 60-acre vineyard. 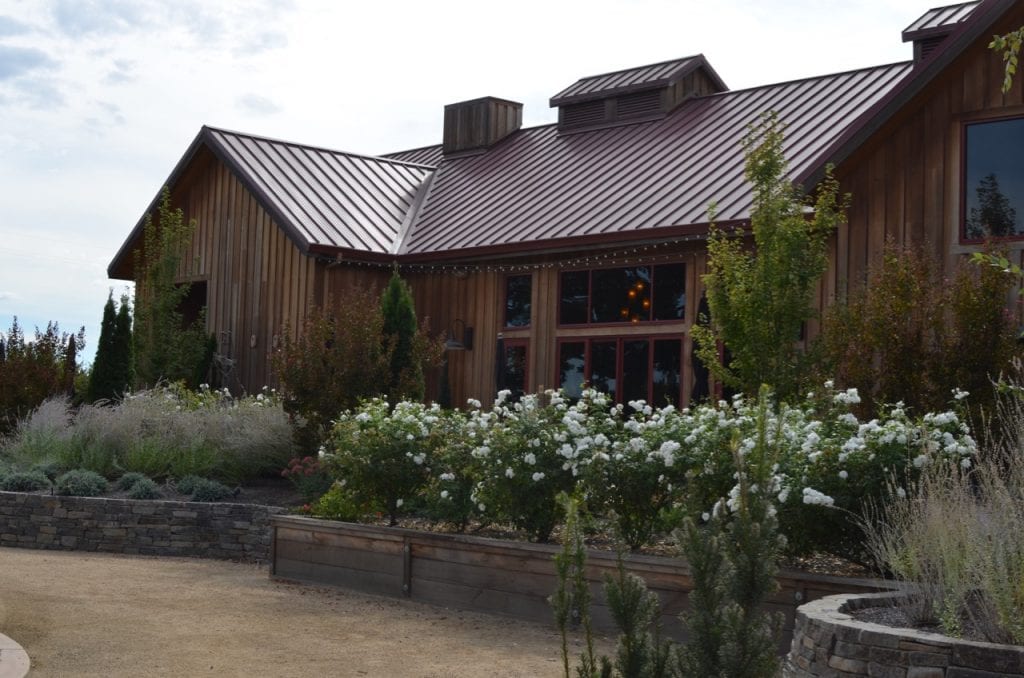 The 2017 Oak Farm Zinfandel consists of grapes from two vineyards. The first is Hohenrieder vineyard, located on the east side of Highway 99. While the vineyard lies in sandy loam soils, planting occurred in 1958. The rest of the Zinfandel comes from the family estate vineyards, those planted in 2012. This vineyard is located in the Mokelumne River Sub AVA and also has sandy loam soils.

A portion of the wine ages eight months in new French and American oak while the rest aged in neutral oak. After aging, some Petite Sirah is added for color. Find a wine rich in color with aromas of earth, cedar, and pepper. On the palate, I found dark fruit accented by pepper and flavorful spice to enhance the bright liveliness of the wine. 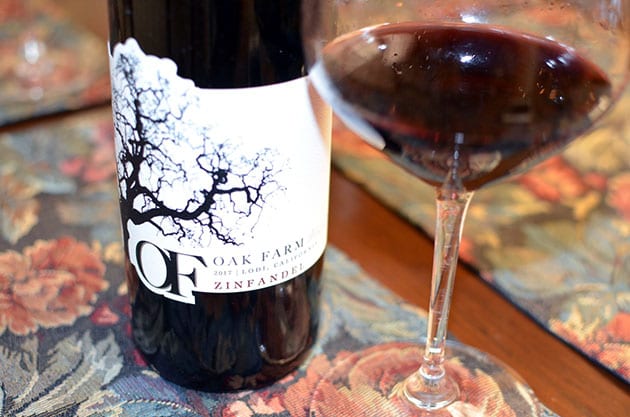 This family-owned winery now in its 2nd generation, with Stuart Spencer as the winemaker.  It began when Tim and Barbara Spencer purchased their property in 1972. They launched the winery in 1979 and their first release occurred in 1981, after planting 30 acres of Zinfandel. The winery name pays tribute to Barbara’s family; St Amant is her maiden name. 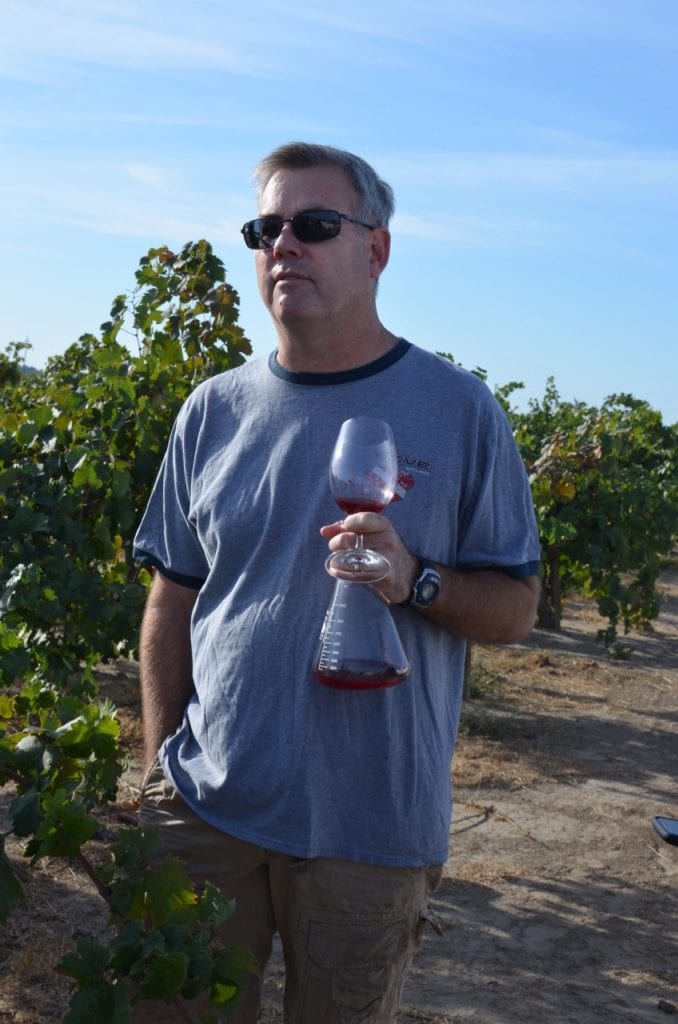 In 1999 Tim approached Jerry Fry about making what he considered the best Zinfandel. Jerry chose an 8.3-acre own-rooted block planted in 1901. He named it Marian’s Vineyard after his mother and the grapes from this sandy soil vineyard indeed created an exceptional Old Vine Zinfandel.

I was lucky to enjoy the 2015 St. Amant Old Vine Zinfandel Marian’s Vineyard. I found a balanced wine with flavors of dark fruits and hints of pepper on the finish. The wine was nicely integrated. 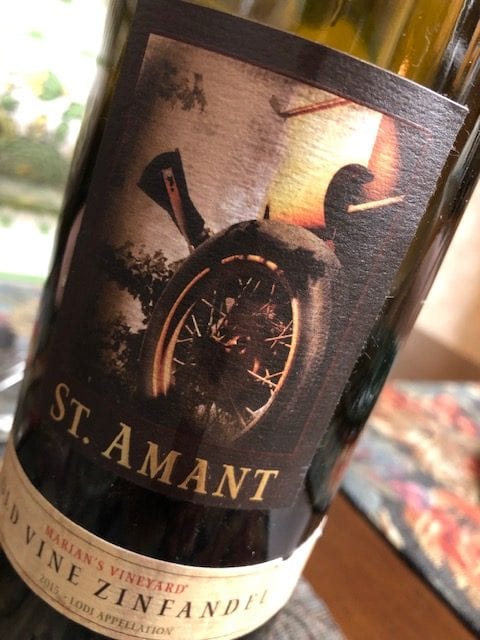 Both the Oak Farm and the St. Amant Zinfandels truly speak to Lodi as a region, telling us what the Zinfandel Capital means to this AVA. They also show where Lodi has come from and the growth over the years. Finally, these two wines represent the old and the new and how the two can come together. In the case of Oak Farm, it is the innovation and younger vines mixed with the older vines. In the St. Amant, it is the younger generation taking over from the older one and defining old vine Zinfandel.